Regardless of how and where it has been played, bingo has stood as one of the world’s favourite games and hobbies since at least the 1940s.

Bricks and mortar, or land-based bingo halls were centres of their communities for decades and used as a place not just for people to have fun and attempt to win some money, but also for people to meet up and socialise.

Online Bingo vs Land Based Bingo

At one point, more than 20,000 were employed in the land-based bingo industry in Great Britain but, as with most things in life, there was a shift in this during the online boom.

Those registered with online bingo sites have risen from 50,000 in 2008 right up to over 3 million today. We’ll take a look at the key differences between online bingo and land-based bingo.

To many attending the halls, bingo was bingo. Online, however, as well as 75-ball, 80-ball and 90-ball bingo there are a host of different games of varying lengths and speeds.

Online games can be heavily themed for entertainment, with TV shows and movies, celebrities and great stories all used to make games more interesting. This is something an old-fashioned bingo hall can’t do quite as well.

Another positive for online bingo versus ordinary bingo is the cost of tickets for each game. It goes without saying that, even with development costs and licensing taken into account, overheads for online bingo brands are far less than those encountered by bricks and mortar bingo halls.

Thankfully this is mostly passed onto the players, with tickets being available for games from as little as 1p a go meaning online bingo really is a game for everyone.

That’s not to say that bigger ticket prices, sometimes £100+, and huge wins aren’t available online because they are. But, at its very heart, bingo is a game for everyone and the online world has made that even more of a reality than before.

While lower ticket prices are great for those on a strict budget, they can also be good for those who want to whizz through as many games as they can.

Online bingo, for many developers and operators, is all about speed and keeping the games moving and that has been the main shift in online versus land-based bingo, where a slower pace and entertainment as part of a night out were the drives.

With this new-found speed also comes fairness, you can rely on that within regulated bingo sites. Online bingo operators are obliged to use RNG’s, or random number generators just as slot sites do, meaning calls are always fair. The downside for many of course is the interaction they felt with a real-world bingo caller.

As well as being fair, the automated calls are also very quick with the rate at which balls are drawn being more consistent. A new ball is called on average every 3 seconds in online bingo, and so the fact that automatic marking can be done you can play games quickly and mark as many cards as you like.

The most obvious difference between the online and real bingo worlds, and perhaps the most negative for the former, is the setting.

While online bingo allows you to travel anywhere you like in the world and speak to people from all over the globe, you are doing this in a virtual environment and many will say that this can never replace real interaction. The sights, smells, touch and feel of a proper bingo hall for some people will never be replaced.

That said, online bingo means you start the game when you like, can play from the comfort of your own home or even play while you’re on the move.

In terms of prizes, most cannot agree on whether online or live bingo is best. Progressive jackpots mean that wins can be big online, though it never gives the same feel as being there in person and shouting “house” for thousands of pounds!

Pros and Cons:  Online Bingo or Land Based Bingo?

In conclusion, then, there are both plusses and negatives in regards to online bingo versus live bingo, but more of the former we feel.

While the social element is lacking by not being there in person, it does exist within chat rooms meaning you can talk to people from everywhere and not only your home town.

Many miss the sights and sounds of a bingo hall, but the bigger game diversity, the lower ticket price, the speed of games and the fact you can play any time, anywhere are all bonuses. 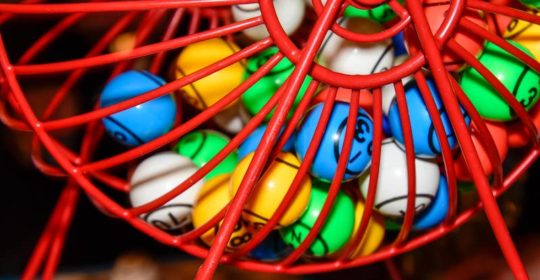 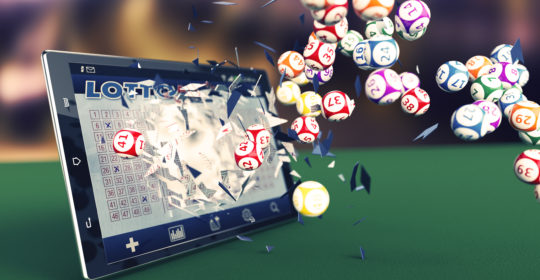