The leading cup competition in French football is the Coupe de France or the French Cup. This is a competition that is under the operation of the French Football Federation.

The very first holding of this cup competition came in 1917 and both professional and amateur teams in the country are able to enter it. This includes those teams that are in overseas territories.

Each year, the final takes place in the Stade de France. Whichever team is victorious in the French Cup, they will get qualification into the group stages for the Europa League, as well as a position in the Trophee des Champions game.

This is a great cup competition, particularly for the smaller teams. This is because the bigger teams will have to play away from home if they are two league ranks above the team that they are drawn against. This gives these smaller teams a lot to cheer about as they welcome these behemoths of the game to their small home grounds.

Since the beginning of the French Cup, just two amateur clubs have been able to reach the final since football went professional in 1932. This was Calais RUFC back in 2000 and Les Herbiers VF in 2018. In addition, just two teams that have not been playing in Ligue 1 at the time have been victorious. This was in 1959 when Le Havre came out on top and in 2009 when Guingamp was the winner.

The format of the Cup

Just like most leading cup competitions, the French Cup is solely a knockout event, there are no second chances. All of the pairings for each round are drawn on a random basis, there is no seeding that takes place.

There is only one leg per fixture, with extra time played if the game is a draw after normal time. If the game is still level after extra time, then there will be a penalty shoot-out. It was back in the 1974/1975 season that French Cup replayed were removed.

In total, there are 14 rounds as part of the French Cup. Generally, the round will be dependent on different regions in the country, allowing clubs to cut down on potential travel costs. Some regions may have more rounds than others due to the number of teams. This sees the rounds take place on a regional level until the 7th round, which is the time that the pro clubs come into the French Cup.

Then geography will no longer be a factor in the drawing of fixtures. One of the interesting features of the French Cup is that those players taking part can only wear shirt numbers 1 to 18, with the starters having to wear 1 to 11 shirt numbers.

The French Cup has always been an exciting event, with the chances of an upset in the competition always adding to the intrigue of the event. There are many David versus Goliath moments each season, with scalps of bigger teams being a regular occurrence.

Over the course of the French Cup’s history, Paris Saint-Germain has won the title on 12 different occasions. To date, Marseille holds the record for the most French Cup final appearances, having been in the final on 19 occasions, winning on ten occasions.

Betting on the French Cup

While for the earlier rounds, you will be hard-pressed to find betting markets in non-French sportsbooks, the later rounds will be well-catered for across most sportsbooks that have a solid football betting offering.

A lot of people enjoy watching the French Cup games even if they are not supporting a particular team. This is because it has the allure of pitching the amateur teams against the professionals. The chance of an upset is always there, with many bigger teams getting caught over the years.

This means that bettors have a lot of opportunities to potentially get great odds for a variety of markets. They can potentially spot an opportunity for a smaller club to cause an upset, taking advantage of long odds while doing so. Whatever the case may be, betting on the French Cup adds even more to the already exciting competition. 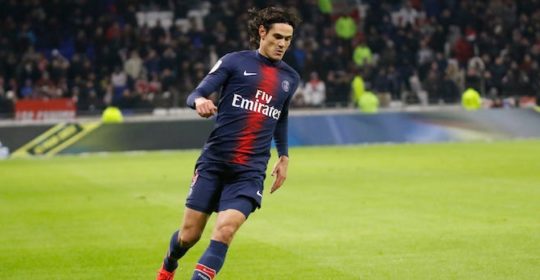