Bayern Munich is by far the biggest and most successful club in Germany. It is also known as FC Bayern Munchen and it was first started back in 1900. The club holds the record for the most Bundesliga titles, having won the top flight of league football in Germany on thirty occasions.

Since 2013, it has not been ousted from the top of the standings. It has also won 20 national cups over the years, as well as numerous European titles, including six Champions League titles. They have been playing their home games at the Allianz Arena since 205/2006, with this stadium holding 75,000 fans.

It was in 1900 that FC Bayern was founded by eleven football players, with Franz John leading this effort. The club won its first national championship by 1932, with the club being a member of the Bundesliga when it began in 1963.

It was during the 1970s that Bayern Munich had perhaps its best period as a club, winning the European Cup on three successive occasions, being led by their captain Franz Beckenbauer. The two other legendary players on that team were Gerd Muller and Sepp Maier.

It was not until the turn of the century that the club claimed the top European title since more, capturing the 2000/2001 Champions League.

It won a couple of titles around 2010, with the club also claiming the 2019/2020 Champions League that was delayed as a result of the COVID-19 pandemic.

Along with three of the other German clubs taking part in the competition, they contributed a combined €20 million to clubs in the top two divisions of German football that were struggling financially due to the pandemic.

Over the years, Bayern Munich played at a few different stadiums. A stadium that was built for the 1972 Summer Olympics was the home for Bayern Munich until the turn of the century. It was in 2000 that the decision was made to build a new stadium.

The Allianz Arena is found in the northern part of Munich and has been the home stadium for Bayern Munich since 2005/2006. The capacity was initially 66,000, but with subsequent renovations to now hold 75,000 people. The stadium is often the host for international games and was one of the stadiums when Germany hosted the FIFA World Cup in 2006.

According to a report from the Bayern board in 2018, there were more than 291,000 official members of the club, with thousands of fan clubs across the globe. The stadium is usually sold out completely for all of their home games, meaning that 75,000 people pack into the stadium.

Some research options towards Bayern Munich as being the fifth most supported club on the continent. Over the years, there was a well-organized scene for the club's ultras. Some of the high-profile Bayern Munich fans include the likes of Boris Becker, Pope Benedict XVI and Wladimir Klitschko.

There are two other pro football clubs to be found in Munch, with Bayern Munich’s main local rival being 1860 Munich. The latter is seen as being more of a working-class club, while Bayern Munich is seen as an established club. The main rival for Bayern Munich in Bavaria has been FC Nurnberg, with this matchup often being called the Bavarian Derby.

Over the years, Bayern Munich has been the most successful club in Germany. It has won the Bundesliga on a record 30 occasions, the DFB-Pokal a record 20 times, the DFB/DFL-Supercup a record seven times and the DFL-Ligapkal a record six times. It has also won the Champions League six times, the UEFA Cup on one occasion, as well as having won the FIFA Club World Cup in 2013.

Bayern Munich always attracts massive crowds and their games are always a spectacle. You will have hundreds of betting markets for all of the Bayern Munich games, so you are spoilt for choice. 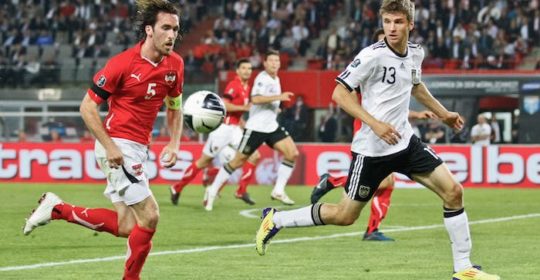