Hannover 96 is a football club that is found in Hanover, Lower Saxony in Germany. The team currently plays in the second tier of football in Germany after getting relegated from the Bundesliga in 2019.

The club was started in 1896 and over the years, it managed to capture a couple of German championships, as well as a single DFB-Pokal title. The team plays its home fixtures at the HDI-Arena that has a capacity of just over 49,000. The main rival for Hannover 96 is Eintracht Braunschweig.

In 1933, the Third Reich reorganized all of the football leagues in the country, with 16 different leagues of top-flight football. Hannover 96 won its first national championship in 1938, is a massive upset when they beat the dominant Schalke 04. This came after a replay.

Following the ending of the Second World War, Hannover 96 was dismantled along with all of the other teams in the country. It officially got re-established in 1946, with league games beginning once more in 1947, playing in the Oberliga Nord. However, Hannover 96 got relegated after this first season.

They got back up the next season and it was in 1954 that they claimed another German championship in what was another surprise, this time beating a 1. FC Kaiserslautern team that has five of the players that won the first World Cup for Germany.

Hannover 96 was a part of the new Bundesliga in its second year of existence in 1964. In its first season, Hannover 96 created a league record attendance level, pulling in an average of 46,000 fans at its home games.

Over the next few decades, they spent a lot of time playing the second tier, suffering from extensive financial troubles during this period. The club got back on track and surprisingly won the DFB-Pokal for the first and only time in 1992.

They had many notable victories on this journey and it made Hannover 96 the first-ever non-top flight side to have won this competition. The team did get relegated down to the third tier a few years later.

The club had a young team that began to turn the club's fortunes around, getting back to the top flight in 2002 after winning the second tier.

Sadly, the team’s goalkeeper and national team player Robert Enke committed suicide in November 2009. Almost 40,000 people came to the AWD-Arena for a memorial service for Enke.

It was in 2011 that the club had its best finish in the Bundesliga, ending up in 4th place and getting to the Europa League. They managed to get to the quarter-finals, losing out to Atletico Madrid.

They got the Europa League the following season, losing out in the round of 32. However, the past few years the team has declined once more and has been back in the second tier.

Hannover 96 has been playing its home games at the HDI-Arena since 1959, having been built in 1954, with debris from post-war houses in Hanover being used to build the foundations. It holds over 49,000 fans currently. Originally, it held enough room for 86,000 people.

A few other teams have also played games at the stadium over the years. It has been the site of a number of international games and cup finals, including games in the 1974 World Cup, 1988 European Championship and the 2006 FIFA World Cup. The most recent major development of the stadium came in 2004.

Betting on the football matches

While Hannover 96 is currently in the second tier of German football, they always have an exciting young team. It seems to be a matter of time before they return to the top flight.

There are also loads of betting markets for Hannover 96 games, which you can see on the leading football betting sites. You can check out expert reviews of these platforms on Roger.com to see what is the best choice for you.

The top-level of Australian soccer is the A-League or the Hyundai A-League with sponsorship. It’s a competition founded in 2004 and administered by the FFA (Football Federation Australia). Learn about Australian A-League betting now. Taking over from the old National Soccer League in the country, the A-League is gaining in popularity quickly around the world…. 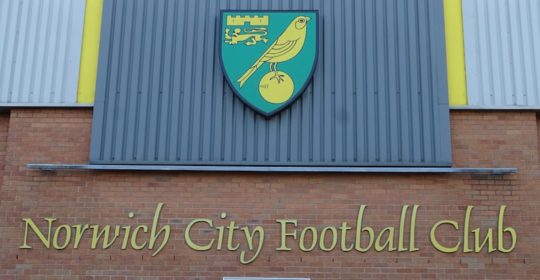 Carrow Road Stadium has been the home of Norwich City Football Club since it was completed in 1935. Compact and bijoux by Premier League standards perhaps, Carrow Road generates a terrific atmosphere especially on derby day when Ipswich come to down, with away fans generally receiving the ground very well. The stadium sits just a…