Huddersfield Town FC is a football team in England that is based out of Huddersfield, West Yorkshire. It was founded in 1908 and is currently a member of the Championship. Over the years, Huddersfield Town has seen a decent level of success. The team currently plays its home games at the Kirklees Stadium and the club's nickname is ‘The Terriers’.

Huddersfield Town was started in 1908 and it quickly became part of the North Eastern League before changing to the Midland Football League the following year. The club went into liquidation in 1912 after it tried to reconstruct its ground in order to gain entry into the Football League.

There was even the suggestion of amalgamating with Leeds United. However, the club managed to raise enough finances to continue on its own and it started to see some success. It got to the final of the FA Cup in 1920 and also got promoted to the First Division for the first-ever time.

The team used a lot of revolutionary tactics and had a lot of young exciting players at the time. It won the FA Cup in 1922, as well as the FA Charity Shield. It won its first First Division title in 1923/1924, winning it for the next two years.

Huddersfield Town FC was the first team in England to win the division three years in a row. The club was very competitive for the next few years, but as the ageing squad declined, the club fell into a slump. It was in 1951/1952 that the team was relegated for the first time.

The team immediately won promotion and finished third after returning to the top league. The club alternated between the top two leagues for some time over the intervening decades. It fell as far as the Fourth Division at one stage.

During the late 1990s, the club changed hands and battled to get back to the big time. The team was close to liquidation in 2003 but narrowly avoided it after letting go of most of the team's senior players. Huddersfield Town eventually made it to the Premier League after winning the Championship play-offs after a penalty shoot-out.

This meant that Huddersfield Town was just the second club to have won each of the three divisional play-offs, alongside Blackpool. In its first Premier League season, Huddersfield Town finished 16th but was relegated after a last-place finish in the following season.

The Huddersfield Town fans are a passionate bunch and there are many supporters clubs for the team all across the world. Its main rivals as a club are Leeds United and Bradford City, with these games garnering a lot of attention. It also has more minor rivalries with the likes of Oldham Athletic, Sheffield Wednesday and Barnsley.

The home games for Huddersfield Town took pace at Leeds Road from 1908 up until 1994. A new stadium called Kirklees Stadium was opened in 1994 and is still the ground today. It has gone through a few different name changes over the years. Huddersfield Town remains as being the only team that has played in the four professional levels of football in England at two different grounds.

There have been many notable players and managers involved with the club over the years. Some of those who stand out include:

In terms of honours, Huddersfield Town won three consecutive First Division titles and has also won the second tier and fourth-tier league competitions. It won the FA Cup on a single occasion, having finished runner up in the event four times. It also finished runner-up in the Football League Trophy in 1993/1994.

In the golden years, Huddersfield Town was an exciting team to watch, full of pace and skill. The club still tries to stick to these methods today. You can bet on Huddersfield Town games with all of the leading betting sites. To see what aspects certain sites thrive in, you can check out the reviews on Roger.com. You can quickly pick an option for your needs and get started in minutes. 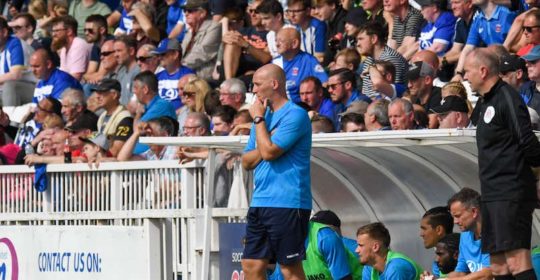