With just about every level of German football covered on major betting lists, the name of Jahn Regensburg will be familiar to many. Officially known as SSV Jahn Regensburg, the club is based in Bavaria.

Jahn Regensburg enjoys a healthy rivalry with FC Ingolstadt, a team with which they contest the River Danube Derby, though due to promotions and relegations they don’t always get a chance to meet.

The Jahn, as they are affectionately known to fans, play in red and white colours which have led to them also having the nickname Rothosen, or ‘red shorts’, as well as calling themselves the Jahnelf or ‘Jahn Eleven’.

Despite their status, Jahn Regensburg is a club who can boast one of the newer purpose-built stadiums in Germany in the shape of the Jahnstadion Regensburg.

Previously, the club played at the old Jahnstadion which was a 12,500-capacity ground which was built back in 1926 and was used during the 1972 Olympics. With that abandoned and demolished in 2015, a new stadium was needed for the club.

The new Jahnstadion Regensburg sits within the town of Regensburg, around 70 miles south-east of Nuremberg.

With old stadium set for closure, the ground was broken on this venue back in early 2014 and at a cost of some €52.7million and it finally opened officially for business in July 2015.

Although the record attendance here is recorded as being 15,224, the Jahnstadion officially has a capacity of 15,210 with some spectators able to stand during games, something which is thankfully commonplace in Germany and certainly helps the atmosphere along.

This is not an easy stadium to miss despite its relatively small size, as it bedecked in red which helps it to cut quite an imposing presence.

As of 2020, there are no plans to extend or further modernise this stadium, something which would surely have to be on the agenda should the club climb to a significantly higher level.

In recent seasons, Jahn Regensburg has been particularly reliant on certain players. Among the best over the past few years have included:

True, these names don’t trip off the tongue, but at Jahn Regensburg’s level, they have more than played their part in bringing the club’s supporters as much joy as possible.

Not being among Germany’s elite clubs, Jahn Regensburg’s most notable successes have come at lower levels.

That said, they have indeed lifted plenty of silverware of the years with these achievements being among the best in the club’s history:

Back in both 1947 and 1948, Jahn Regensburg finished as runners-up in the tier-two Bayernliga South. They were afforded promotion back then.

Some of these lower-league titles were won by the club’s reserve side. While they aren’t as important on the world stage as winning the Bundesliga, such achievements are hugely important to this club.

Bet on All Jahn Regensburg Matches with Roger.com

You can wager on all of Jahn Regensburg’s games with Roger.com. Get on now via one of our highly recommended online bookmakers to bet quickly, safely and securely. 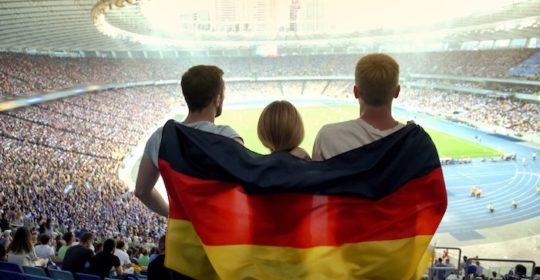