The Millerntor-Stadion, while officially labelled as multi-use, is best known as the home of cult football club FC St. Pauli.

Part of the club’s cult status derives from the stadium’s location near the Reeperbahn, Hamburg’s red-light area.

The venue was renamed for a short time in 1970 as the Wilhelm-Koch-Stadion in honour of one of the club’s former presidents until his Nazi Party connections were uncovered.

St Pauli’s beautiful brick and glass-fronted home ground cannot be conveyed by facts and stats alone, but here are some key ones:

Memorable Games at the Millerntor-Stadion

Both the ground and the club have seen their share of drama down the years. Given their importance and/or the nature of the wins for St Pauli, these four matches stand out:

By the time of the 1987-88 season, St Pauli was riding high and challenging for promotion to the Bundesliga.

The Millerntor was rocking in October when promotion rivals Darmstadt came to town, and the final result went a long way towards St Pauli edging Darmstadt out by three points. to go up as runners-up.

The event was dramatic as the away side began the game by cruising into a 2-0 lead. Ultimately though, goals from Hans-Jürgen Bargfrede (2) and Rüdiger Wenzel, right on the full-time whistle, completed a great comeback and settled the affair in St Pauli’s favour.

St Pauli was again heading for the runner-up position in the 2. Bundesliga (the second division of professional football in Germany) and promotion to the top level during the 1994-95 season when they came up against Hansa Rostock in February.

The club had developed a local rivalry with Hansa, one of the few neighbouring teams in the northeast of Germany, who were promotion contenders themselves.
A hard-fought 2-0 win helped to condemn Hansa to third place and bring St. Pauli a sweet victory, with goals from Juri Sawitschew and Jens Scharping.

Throughout the 2009-10 season in the 2. Bundesliga, these two sides had been in close contention for promotion places and when they met at Millerntor-Stadion in April the match was crucial and the fixture attracted a crowd of 23,000.

It was game number 30 of 34 and the third-last at home for St Pauli so they badly needed a result, and did not disappoint!

Despite a tense first half, a 32-minute blast ensured victory for the home team with goals from Matthias Lehmann and Marius Ebbers (2). St Pauli was once again promoted to the Bundesliga in second place.

September 2019 saw an average start to the league season with St Pauli once again in the second tier. Now they played their city rivals, Hamburg, a team they hadn’t beaten at home in a run of nine games stretching back to 1978.

In front of a sold-out Millerntor, St Pauli was excellent and took an 18th-minute lead through Dimitris Diamantakos.

A highly competitive evening derby fixture was finally settled in favour of St Pauli when Rick van Drongelen put the ball through his own net on the hour mark, leading to frantic displays of understandable joy in the stands.

You can bet on all games at the Millerntor-Stadion with Roger.com. Get on now via one of our recommended online bookmakers to wager quickly, safely and securely. 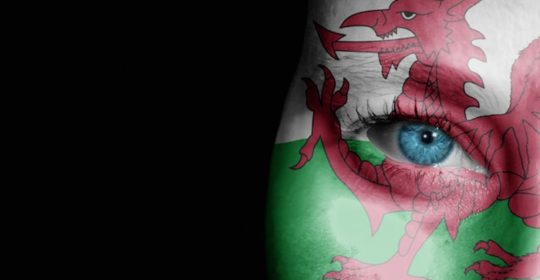