SC Freiburg is a club that is found in Freiburg im Breisgau, Baden-Wurttemberg. It has been a part of the Bundesliga since 2016 after winning the second-tier league title. For many years in its history, it has been going up and down between the top two divisions of football in Germany.

The club was started in 1904 and it has been playing in the Schwarzwald-Stadion since 1954. This arena can host 24,000 fans and they are a passionate set of supporters.

The club was founded in 1904 when two different clubs eventually amalgamated into one another. In the beginning years, they were a small club and known for being dogged competitors and batting above their weight.

It was then in 1993/1994 that SC Freiburg made it into top-flight football for the first time. Volker Finke was the manager at the time, having been the longest manager at the same team in the history of football in the country. While they struggled in their first season in the top flight, they managed to finish in third place the following year.

They managed to qualify to the UEFA Cup as a result in 1995, as well as in 2001. Over the years since then, there have been a number of relegations and promotions for SC Freiburg. It has won the second tier of league football in the country on five occasions.

While SC Freiburg largely was playing in the second tier up until the 1990s, there have been many notable players who have lined out for the club over the years.

The Germany national team manager Joachim Low played for the club on three different occasions over the course of his playing career, scoring 81 goals across 252 appearances, making him the second-highest goalscorer for SC Freiburg.

Other notable players that have played at SC Freiburg include Stefan Muller, Jorg Heinrich, Papiss Cisse and Axel Sundermann.

Nils Petersen still plays for the club and is the record goalscorer, having hit the back of the net on 86 occasions for the team. The best that the club did in the UEFA Cup was getting to the third round before losing to Dutch team Feyenoord.

They have made it to the Europa League group stages on one occasion, finishing thirds in the group in 2013/2014. Its last foray into European competition was losing in the third qualifying round for the 2017/2018 Europa League.

The home games for SC Freiburg take place at the Dreisamstadion, which is named after a nearby river. It can hold about 24,000 fans and was initially developed in 1953. There was a push by the previous manager Volker Finke to make this stadium the first of its kind to be solar powered in Germany. Three of the tribunes there are solar panels, which generates about 250,000 kWh of power each year.

There is currently a new stadium for SC Freiburg being developed on the west side of the city and it will be able to hold about 34,700 fans. It is set to be ready in time for the start of the 2020/2021 season.

SC Freiburg has been known for bouncing between the top two tiers of league football in Germany. However, they are known to cause an upset and this is why they are always an exciting team to bet on.

With Roger.com, you can check out what football betting sites offer the best markets and odds for SC Freiburg games. You can see the expert reviews and find a platform that is going to be a great fit for you and your betting needs. Signing up to an account takes a matter of minutes and you will be placing bets in no time at all. 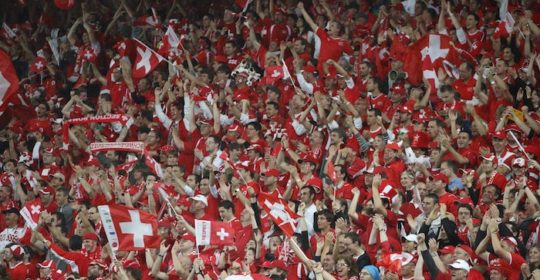