One of the newer NFL stadiums in the United States, the Levi’s Stadium is primarily known as the home of the San Francisco 49ers.

The stadium is located just over four miles from the middle of Santa Clara, seven miles from San Jose and a little over 40 from downtown San Francisco, although this hasn’t overtly dented its popularity or its attendances.

The design of the Levi’s Stadium is striking. Inside it is awash with red seats, sweeping back for what seems like miles, while outside it is bathed in glass and light and includes the famous Levi’s logo on its main windowed area.

History of the Levi’s

In their long history, the San Francisco 49ers have had three permanent homes, this being the newest of them.

From 1946 to 1970 the Niners played at the Kezar Stadium, while between 1971 and 2013 they played their football games at the famous Candlestick Park. As far back as 2006, the team owners had proposed building a new stadium in San Francisco at Candlestick Point, right on the site of their old home field. Despite the project being aimed at improving the entire area with additional housing and retail space, the deal fell through and the 49ers looked at moving out of the city entirely.

The owners were familiar with Santa Clara, given that their training took place there, and so a suitable venue was found and voted upon by the locals in 2010, with approval ultimately given. While the city leased the land to the operators, a loan had to be raised from private investors and this was finalised late in 2011, making construction possible to begin in the spring of 2012. In a relatively quick time for a project of this magnitude, the Levi’s Stadium opened its doors summer 2014.

The facility was designed to have multiple purposes, allowing the administrators to focus on more than just NFL games.

In the summer of 2016 just a couple of years after it opened, the Levi’s Stadium had a rooftop farm added. The farm was made by converting 6,500 square feet of the green roof in order for it to be organically maintained. It was named Faithful Farm after the 49ers’ loyal fans.

The Levi’s Stadium has averaged more than 70,000 per game for the Niners’ NFL events every year since opening its doors, so it has obviously gone down well with fans.

Here are the most important facts and stats that make the Levi’s Stadium what it is:

Major Events at the Levi’s Stadium

The biggest event not to have been a San Francisco 49ers game was undoubtedly Super Bowl 50 in February 2016.

The game itself was decided in favour of the Denver Broncos who beat the Carolina Panthers 24-10. However, the game was marred by underfoot conditions not being ideal with many slips and potential injuries caused by the turf.

As mentioned, WrestleMania 31 drew a huge crowd to this venue in 2015 and the same year it hosted ice hockey’s NHL Stadium Series in which the Los Angeles Kings beat the San Jose Sharks in front of a crowd of 70,000.

Music concerts are also popular at NFL venues and the Levi’s Stadium has wasted no time in attracting some of the top international acts:

Bet on All Games at the Levi’s Stadium with Roger.com

You can wager on all games played at the Levi’s Stadium via Roger.com. Bet with one of our recommended online bookmakers only to get the best possible odds and service. 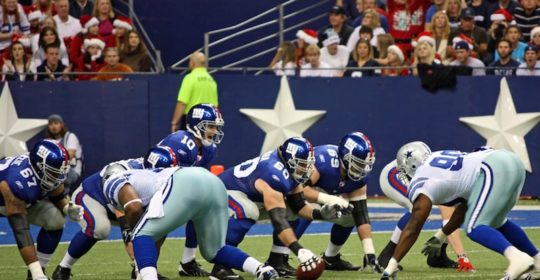 The New York Giants are based in the metropolitan area of New York and are a part of the NFL. They compete in the NFC East division playing their home games at MetLife Stadium, in New Jersey, about five miles from New York City. The stadium is also home to the New York Jets. The… 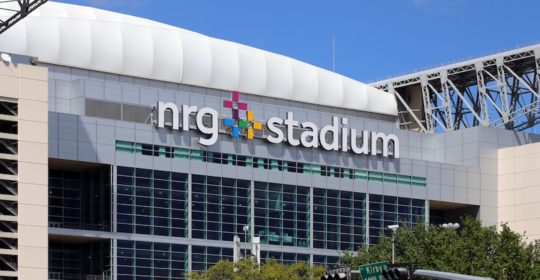