The Mercedes-Benz Superdome (first opened in 1975) is a sports stadium and exhibition complex in the Central Business District of New Orleans, Louisiana. It is the home ground for the NFL’s New Orleans Saints.

It also plays host to the Sugar Bowl and New Orleans Bowl games in college football, as well as the Bayou Classic between Grambling State University and Southern University.

History of the Mercedes-Benz Superdome

Plans for the Mercedes-Benz Superdome were first outlined in 1967 with the facility finally opening in 1975 and being called the Louisiana Superdome. It has the distinction of being the largest fixed dome structure anywhere in the world today.

As a result of both its size and location in a popular city, it has regularly hosted notable events over the years. These include the Super Bowl, the Final Four for college basketball, and the College Football Championship Game.

It was also the home stadium for many years (up to 2014) for the Tulane University’s Tulane Green Wave football team.  For a while in the late 1970s, it hosted the New Orleans Jazz home games in the NBA.

The stadium drew international attention in 2005 when thousands of people had to seek refuge there as a result of Hurricane Katrina which devastated the region. The arena itself suffered a lot of damage due to the storm and had to close for some time.

Following a full refurbishment, it was reopened just in time for the Saint’s home opener of the NFL season in 2006. Well-known German car manufacturer Mercedes-Benz bought the naming rights for the stadium in October 2011. This contract will expire in July 2021 and the car company has said it will not be renewing.

The capacity of the Mercedes-Benz Superdome

The Superdome can currently seat 73,208 people when it is not expanded and 76,468 people when fully expanded. For basketball games, it can hold as many as 73,432.

The New Orleans Saints are a very popular NFL team and sell out the stadium for their home games. Over the years, there have been seven Super Bowls held at the Mercedes-Benz Superdome, the most recent one having been in 2013. It is scheduled to next hold a Super Bowl in 2025.

Tulane University played its home games at the Mercedes-Benz Superdome between 1975 and 2013 before moving to the new on-campus Yulman Stadium. The BCS National Championship Game has taken place at the Superdome on four occasions. There are many other notable college football events here each year, as well as some big high school games.

There have been several baseball games held at the Mercedes-Benz Superdrome.  In 1981, there was talk of the MLB’s Pittsburgh Pirates moving to New Orleans due to unhappiness about their stadium in Pennsylvania. There have been several MLB exhibition games held at the Mercedes-Benz Superdome over the years. The NCAA’s Final Four basketball event has taken place there five times, most recently in 2012.

Several boxing matches have also taken place at the Mercedes-Benz Superdome.   The most notable being Muhammad Ali’s last professional victory when he beat Leon Spinks in 1978. Another big fight saw Sugar Ray Leonard beat Roberto Duran in 1980. There have also been gymnastics, motocross, rugby union, and soccer events.  WWE Wrestlemania was held here in 2018.  The stadium also hosts music concerts, and visits from notable figures.

The New Orleans Saints have been a fixture at the Mercedes-Benz Superdome since the stadium opened in 1975. They managed to win their first-ever Super Bowl in 2009, defeating the Indianapolis Colts after starting the regular season 13-0. This remains the team's sole visit to the big game in the NFL.

The home games for the New Orleans Saints have a reputation for being extremely loud, with the great atmosphere making it tough for visiting teams. There are plenty of betting markets to check out for these games on the leading betting sites. To see some of the best options out there today, you can read the expert reviews on Roger.com. 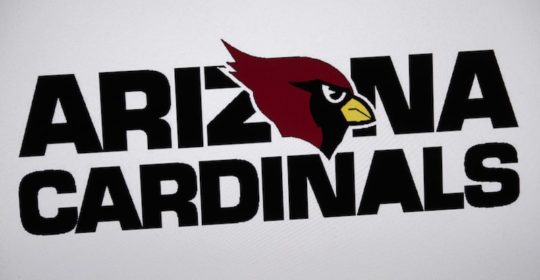