The team are known colloquially as the Niners, or occasionally the Niner Gang, and are famous for their red and gold colours, their cheerleading squad the Gold Rush and their fight song, “49ers Roll With It”.

Many different betting options are available on Niners games with a host of different online bookmakers but stick to Roger.com to ensure you get the best.

History of the  San Francisco 49ers

At their foundation, the 49ers were the first major pro sports team in San Francisco and an original member of the All-America Football Conference, known as the AAFC, at a time when professional league sport was burgeoning on the Pacific Coast.

Founded in 1946, the Niners played alongside the LA Dons in the AAFC with local rivals the LA Rams playing in the NFL, which the Niners joined in 1950.

1957 was their first really successful season, since when many NFL playoff appearances have come their way and they have even enjoyed five Super Bowl victories, including two in a row in 1988 and 1989.

Their last Super Bowl was back in 1994 when the team beat San Diego Chargers 49-26 in Miami, so a sixth Super Bowl is proving elusive.

For some twenty-four years, the Niners played at the Kezar Stadium, moving to their next long-term home, Candlestick Park (“The Stick”) in Bayview Heights, in 1971 and played there continuously until 2013, bar one game in 1989 that had to be played at the Stanford Stadium following the Loma Prieta earthquake.

These days the 49ers play their football at a shiny new venue, the Levi’s Stadium. This new home field is in the San Francisco Bay area at Santa Clara near San Jose, around 40 miles or so from downtown SF.

The stadium, which began construction in 2012 and opened in 2014, is owned by the city of Santa Clara and named after a sponsorship agreement with Levi Strauss. It cost some $1.3 billion to complete and has a capacity of 68,500 for its football games, expandable to 75,000 when needed.

While famous of course for football, the Levi’s Stadium has become renowned for being environmentally friendly and for having its own organically maintained rooftop farm, making it a hit with the U.S. Green Building Council.

With such a long history it’s to be expected that the 49ers have plenty of Hall of Fame inductees, and they do – namely these players:

On top of this, owner Edward J. DeBartolo Jr., exec Gil Brandt and head coach Bill Walsh have also been inducted into the Hall of Fame.

Over the course of nearly 80 years, the Niners have had some amazing success on the field. The Californian team’s greatest achievements include these specific accomplishments:

Bet the 49ers with Roger.com Now!

You can wager on all San Francisco 49ers games via Roger.com. Bet with one of our recommended online bookmakers now to wager quickly, safely and securely. 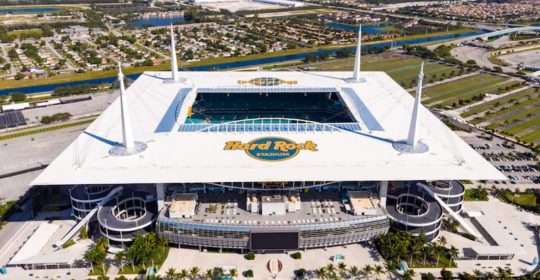 The Miami Dolphins was founded in 1965 and have been playing in the NFL since 1970. The team play their home games at the Hard Rock Stadium and have won two Super Bowl titles, both of them shortly after joining the NFL. In recent years, the team has not managed to make much headway, having… 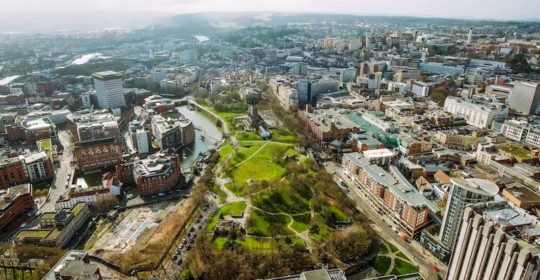 Representing one of the biggest cities in the country alongside their traditionally lower-ranked rivals Rovers. Bristol City boasts huge football support despite having never played Premier League football. Known as The Robins, City have been around as a football club for well over 130 years. They are a firm fixture in betting lists in England….