TIAA Bank Field, in Jacksonville, Florida, is the home stadium for the NFL’s Jacksonville Jaguars. It has been open since 1995, originally being called the Jacksonville Municipal Stadium and is also a venue for college football and music concerts. It has hosted a Super Bowl, as well as international soccer games for the United States men’s national team.

History of the TIAA Bank Field

TIAA Bank Field is found in downtown Jacksonville in the Stadium District. There have been football fields in this region since the early years of the 20th century. The first of these permanent football stadiums was the Fairfield Stadium. This was renovated and expanded in 1948 and called the Gator Bowl stadium. The current TIAA Bank Field was built using certain parts of the old stadium.

Construction on the new TIAA Bank Field began in January 1994 and the completed stadium opened in August 1995 in time for the new season. The total cost for the project was $134 million, with the city providing about $60 million of this total. There was no NFL team in Jacksonville for many years. The city was only given a franchise as the 30th NFL team in November 1992.

The first game at the new stadium was also the very first home game for the Jacksonville Jaguars franchise and it was the first time that an expansion NFL team had played its initial game in a brand-new stadium. The Jaguars lost to the Houston Oilers in that first game.

The 2005 Super Bowl took place at TIAA Bank Field where the New England Patriots beat the Philadelphia Eagles on a 24-21 scoreline. There were 78,125 fans in attendance, making it the largest attendance for a Super Bowl since 1994. Paul McCartney performed as part of the half-time show. $47 million worth of renovations had been completed on the stadium in advance of hosting the Super Bowl.

Seating capacity was reduced before the 2005 season as a result of low attendance figures. This led to over 9,700 seats being put out of service, dropping the capacity for regular-season games to 66,851.

The total capacity can be increased to more than 84,000 for big games, such as the Super Bowl and the annual meeting of Florida and Georgia. The all-time attendance record at TIAA Bank Field was set in September 2007 when there were 85,413 fans at the Alabama versus Florida state game.

More improvements were made to TIAA Bank Field in 2013 at a cost of $63 million. This included installing two video scoreboards in the respective end zones. These are now the largest video displays for any stadium in the world.

In 2016, further improvements costing about $90 million were announced by the city and the Jaguars. The two phases were completed in May 2017, improving club seating and constructing an amphitheatre.

As well as the Jaguars games and the Super Bowl in 2005, other events have regularly taken place at TIAA Bank Field.  One of the most notable includes the annual Florida-Georgia college game, one of the hardest fought rivalries in college sports.

The stadium also hosts the Gator Bowl every year, the post-season college bowl game.  There are also regular music concerts, including big name acts such as:

The Jaguars play in the AFC South division, which they won for the first and only time in 2017. They were formerly a part of the now-defunct AFC Central, which they won twice. Since forming as an expansion team in 1995, they made the playoffs on just seven occasions up until the 2020 season. They have not yet made it to the AFC Championship game or a Super Bowl.

Betting on games at the TIAA Bank Field

The TIAA Bank Field is an impressive stadium that is the site for many great games every year. Whether you are betting on the Florida-Georgia game or Jaguars home fixtures, there will be plenty of betting opportunities each year for games at TIAA Bank Field. You can see reviews of the best betting sites on Roger.com. These have been compiled by a team of experts, with the signup process just taking a few minutes. 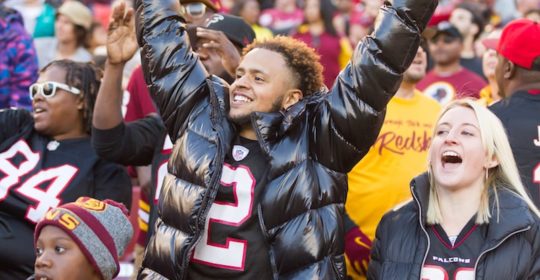 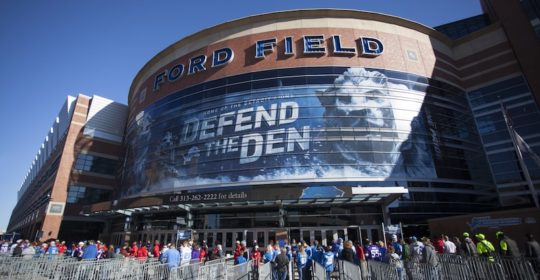 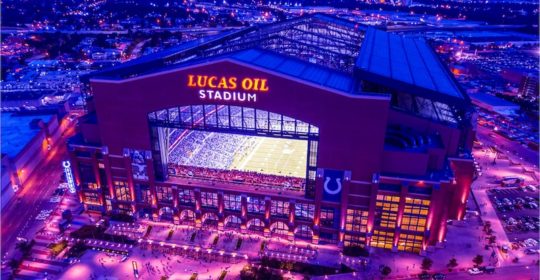