Having launched itself onto the online scene in 2013, Yggdrasil Gaming is not the biggest web-based gaming operator out there.  However, they have already gained a great deal of respect across the industry.  Yggdrasil may be seen as the ‘new kid on the block' but one with an already strong reputation.

The firm’s roots are Swedish, but it has its HQ in Malta. Yggdrasil also has offices in Gibraltar, Sweden and Poland, making it a genuinely European organisation, with some 200 employees.

The provider’s first-ever branded game was Nitro Circus. Today, Yggdrasil slots can be found at most reputable online casinos. It specialises in video slots and lottery products.  They also have some scratchcards and table games, plus a number of potentially lucrative jackpot games. In 2015, Yggdrasil’s first pooled progressive jackpot, Joker Millions, hit virtual shelves.

As well as their brilliant design, the games are known for their original themes, exciting bonus features, and tendency to err on the higher side of the variance scale. A new title is released roughly monthly, so the slots library is growing all the time. Admittedly, other providers release more often but, if anything, that just makes a Yggdrasil new game more of a highly anticipated industry event.

The name Yggdrasil comes from Norse mythology, and means ‘large tree’, perhaps an indication of the company’s wish to spread its roots! Indeed, the legendary Yggdrasil tree reportedly extended over nine worlds, even reaching the heavens. This was the story that inspired CEO Fredrik Elmqvist and gave him the idea for the gaming studio.  The launch was worked on in collaboration with Nordic iGaming firm Cheery AB.

With so many great games, highlighting a few of the best-loved releases is no easy task. But among the popular titles are:

Sometimes, numbers tell a story better than words! Here are some of this operator’s vital statistics:

Yggdrasil Gaming is licenced by the following:

This provider’s slots are fully optimised to play on mobile, including Apple, Android and Windows devices, with clear HD graphics guaranteeing a high quality of picture whatever is being used.

Yggdrasil was the first to adopt HTML5 in full on all games.  They changed from Flash back in 2014, and has won several awards for its innovations in gaming. (See below.)

Yggdrasil developed the Splitz™ mechanic, in which any one symbol on the reels can be transformed into multiple smaller icons, enhancing the potential number of ways to win.

Via its YGS Master programme launched in 2018, the developer works with independent slots studios to create more online games and to help get their online slots to market. Dreamtech Gaming and Northern Lights are among those currently taking part in this scheme.

2016 saw the pioneering Missions feature launched.  This feature sees those who play particular slots compete with each other on missions that win them prizes once completed. Typically, this is run on groups of three or four slots, and missions might include completing specific aims in as few spins as possible to win a prize.

Yggdrasil also runs promotional campaigns, with incentives including cash prizes and spins. There are topical themes to some promotions, including Halloween or Christmas, or an event such as the World Cup.

To date, these have included:

Yggdrasil Gaming has built a solid name for itself in a relatively short space of time.  They already have a reputation for strong winning potential and excellent graphics. In a crowded marketplace, it manages to stand out and has done this by remaining constantly innovative.

As one industry commentator put it:

The innovative approach and high-quality storylines of Yggdrasil games are certainly what puts the main emphasis in its portfolio. That’s what makes Yggdrasil one of the top suppliers of software for slot playing on the UK gambling floor. 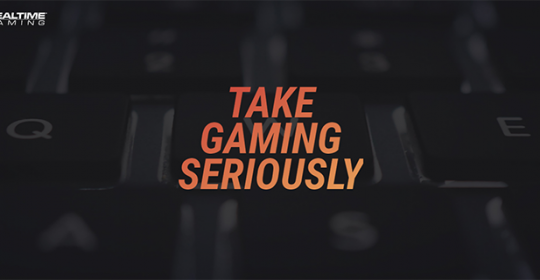 Launched in 1998 in Atlanta, Georgia, RealTime Gaming (RTG) relocated to Costa Rica around a decade later. It’s an online casino company which develops download-based casino software. It says its philosophy is simple – taking gaming seriously. This well-established operator was also one of the first in the business to offer its services online, making…