Finger Lakes Gaming and Race Track is the venue for thoroughbred horse racing and there is also a casino at the location in Farmington, New York State. This is about 25 miles away from Rochester. The track was originally opened back in 1962 and it is under the ownership of Delaware North. One of the biggest races it plays host to each year is the New York Derby. It has gone through a number of different renovations over the years.

Ticket prices for races at the Finger Lakes Gaming and Race Track vary depending on the popularity of the meeting. For some race meetings at the track, there will be free admission. For the bigger race days, you may have to pay a few dollars to gain entry.

The Race Track is located in Farmington, New York and it has been open since 1962. The track is a mile in length and is shaped in an oval. The track runs counterclockwise and it plays host to a variety of different length races each season.

The 2020 season was highly anticipated with higher attendances expected and higher purses for the participants. There is pari-mutuel betting available for you at the track. The track is the first facility of its kind in the United States that has a centre for horse adoption. This is operated by a non-profit group and mainly caters to racehorses that are retired.

There are no standout tactics for races at the Finger Lakes Gaming and Race Track. Usually, horses with a strong track record at the course in the past will do well, as they will be familiar with the layouts and nuances of the track. Experienced jockeys who know the course will also have an advantage in similar regard.

It was on May 23, 1960, that the Finger Lakes Gaming and Race Track opened for the first time. There have been many different owners of the track over the intervening years. There have been many successful racing seasons at the facility and a lot of poor seasons that almost led to bankruptcy. Many different famous jockeys have raced at the track over the years, such as Bill Shoemaker, Pat Day and Angel Cordero.

The race caller at Finger Lakes Gaming and Race Track from the day of opening until he died in 2008 was the famed Ross Morton. The track has acted as a home and training facility for may notable horses over the years. The winner of the Big Apple Triple Crown of Racing in its first-ever renewal was Tin Cup Chalice. The horse was training at the Finger Lakes Gaming and Race Track when unfortunately it collided with another horse and died.

Naturally, the racing season at Finger Lakes Gaming and Race Track is seasonal. Meeting takes place between spring and fall for the most part. When off-track betting first became popular in the 1980s, the track suffered financially. However, the launch of simulcast betting at the track in the 1990s helped it to flourish once more.

As a result, the clubhouse was kept open twelve months of the year and people could go there and place bets on other races that were taking place around the nation.

The racino was developed and opened in 2004, costing about $10.5 million in total renovation costs. After the opening of the racino there was a significant spike in the number of people attending the track.

Many notable races take place each year at the Finger Lakes Gaming and Race Track. The most notable is the New York Derby, which is a race that takes place over a mile and is reserved for three-year-old horses that have been bred in the state. There is usually a purse of $150,000 up for grabs and it makes up one of the legs for the Big Apple Triple.

The other races that make up this set of races are:

If you want to place bets on races taking place at the Finger Lakes Gaming and Race Track, then you can choose from a variety of leading betting sites. These have been pinpointed and reviewed for you by Roger.com. 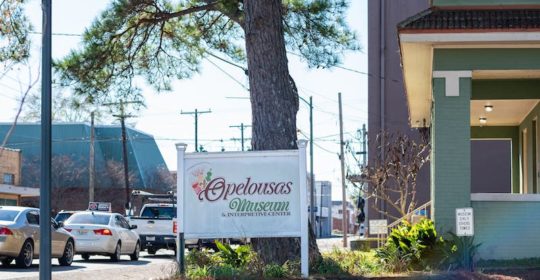 While it is ably backed up by Delta Downs, Evangeline Downs and Louisiana Downs, Fair Grounds Racecourse is undoubtedly Louisiana’s premier race track. It boasts a huge stakes schedule and shelling out millions of dollars per season in prize money. The race meet at Fair Grounds runs from the end of November to the end…