Have you heard of the EuroMillions lottery? It’s a lottery that was launched by the UK’s Camelot, France’s Francaise des Jeux and Spain’s Loterías y Apuestas in 2004 and has participants from those countries as well as Austria, Belgium, Ireland, Luxembourg, Portugal and Switzerland.

Who can play EuroMillions

As with any lottery, there are age restrictions, but because this is a transnational lottery, they differ in different countries. In the UK, anyone over the age of sixteen can play. There are also no restrictions as to where a person is from, so people can play the EuroMillions from outside of Europe too.

When does the draw take place

How much does a ticket cost

Originally the cost of the EuroMillions lottery was £1.50 but it has now increased to £2.50 per line.

How to play EuroMillions

EuroMillions is really easy to play. You can enter the draw at a wide range of supermarkets, newsagents and convenience stores across the UK and the rest of Europe. However, the easiest and most simple way to play is to play online. Whether you play in a shop or online, the process is exactly the same.

Select five numbers from 1-50 and then select two lucky star numbers from 1-12. If you don’t want to pick the numbers yourself, you can choose to have a Lucky Dip which is where random numbers will be assigned to you. Choose the draws and weeks that you would like to play. You can choose to play up to four weeks in advance or continuously if you choose to pay by Direct Debit.

Like any lottery, there are various ways of winning money in EuroMillions. The prize structure is as follows:

How do you collect your winnings?

If you’ve been lucky enough to win something on EuroMillions, getting your money is really simple. If you bought your ticket over the counter, then for the smaller amounts you can simply present your ticket at a local participating retailer who will pay you your money.

For higher amounts, you will need to contact Camelot in the UK to claim. For those who play online, smaller wins will automatically be credited to your account, whilst larger wins will have to be claimed for. 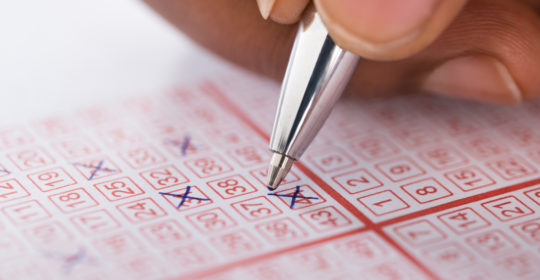 The National Lottery (now known as Lotto) is played by 70% of the UK population and has paid out millions since its inception in 1994. Operated by the Camelot Group, all prizes are paid as a lump sum and are tax-free. Of all the money placed on the National Lottery, 50% goes into the prize…