How to bet on the Aintree Hurdle 2023 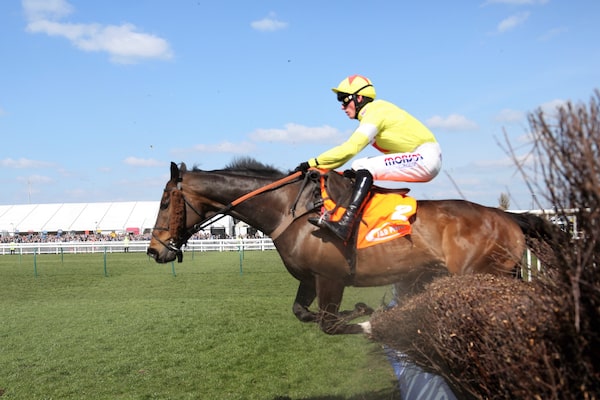 Staged every year as part of the Grand National meeting in early April, the Aintree Hurdle is one of the most important races of its type.

Run over a trip of 2 miles, 4 furlongs, the race often attracts those who have also taken in the slightly shorter championship event the Champion Hurdle at the Cheltenham Festival the previous month, owing to the fact that Aintree is a flatter track which makes the distance that bit easier to get.

With a total prize fund of £250,000, the Aintree Hurdle is one of the most valuable National Hunt races on the calendar and has been won since its inception in 1976 by such eminent names as Monksfield, Morley Street (four times), Istabraq, Annie Power and Buveur D’Air.

The Aintree Hurdle is run on day one of the National meeting alongside the Betway Bowl, the Grade 1 Juvenile Hurdle and the Red Rum Handicap Chase.

Bet on Aintree Hurdle 2023 at One of the Following Sports Betting Sites:

New 18+ UK customers only. Min deposit requirement. Free bets are paid as bet credits and are available for use upon settlement of bets to value of qualifying deposit. Min odds, bet and payment method exclusions apply. Returns exclude Bet Credits stake. Time limits and T&Cs apply. Bet on the Aintree Hurdle 2023 at bet365.

New 18+ UK customers. Use promo: 'WELCOME40'. Deposit and place 1st bet of £10+ on Sports (cumulative Evens+) within 7 days of reg. First bet must be on Sports. £30 in Free Bets (FB) and £10 in Free Spins (50x20p) credited in 10 hours of bet settlement. FB stakes not included in any returns. Bonuses exp. after 7-days. Payment restrictions apply. SMS verification and/or Proof of I.D and address required. Full T&Cs apply. Bet on the Aintree Hurdle 2023 at Betfred.