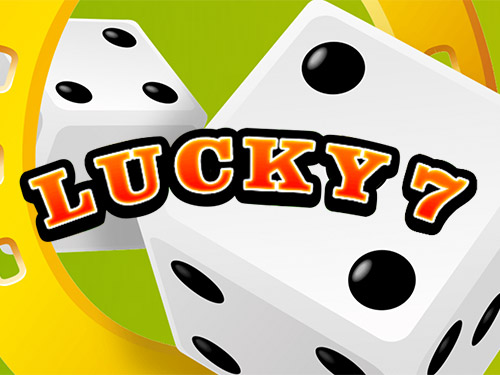 The number seven has been important since ancient times and has long played a significant role in religions and society. It’s associated with luck and magical properties and forms the basis for a lot of myths and folklore.

You can sail the seven seas or see the seven colours of the rainbow, for example. You can also play Lucky 7 Bingo, the 75-ball bingo game from Mecca that’s open 24 hours and has hundreds of pounds in prizes up for grabs every day.

The room has Buy One Get One Free games, with more than 500 coins in prizes in the morning and a whopping 800 coins to snap up every afternoon. There are also four completely free games, and you could bank a nice little earner of 30 coins in each one.

Other attractions include the cut-price Trick or Treats games, with 900 coin prize money, and a 500 coin BingoLinx game.

With 75-ball housey housey, every ticket has 25 squares in five rows with five columns. In every square, apart from the middle one, there is a number. The ‘free’ or central square on each ticket bears a star rather than a number.

In every line game, there are five prizes up for grabs, for completing between one and five lines. To win the single line reward, numbers can be in any direction: diagonally, side to side or up and down. However, for the other line prizes, numbers must be in lines going across the screen.

For the pattern games, although the numbers work in the same way, you play to win the pattern shown instead of one of the line prizes.

The Lucky Cash Climber is a progressive jackpot, which increases with every penny added to it. In other words, the more you stake, the more you’ll potentially make! The top prize is 2,500 coins, which a player who claims a Full House within 42 calls or fewer can bag. After the jackpot is won, it begins all over again at 2,500 coins.

Meanwhile, the Maxi Cash Bonus is another progressive jackpot, yours if you call a Full House within 43 calls or fewer, and worth at least 200 coins.

While there are no bonus rounds as such in Lucky 7 Bingo, there’s plenty going on to sustain your interest.

Return to Player, or RTP describes as a percentage the winnings that players can expect to receive back relative to the money staked. As with many bingo games, this isn’t published separately for Lucky 7 Bingo, but players can usually expect it to be in the region of 80%.

Some aspects of Lucky 7 Bingo are reasonably involved, so it may not be absolutely ideal as your first online bingo outing. But the room has lots to offer in terms of entertainment value, variety and hefty potential winnings.

Equally, of course, it’s from one of Britain’s leading and most popular bingo providers, known for its generous promotions and bonuses and with decades of industry experience under its belt.

Only you can tell if Lucky 7 Bingo is something that works for you – so give it a go and see what you think.

Where can I play Lucky 7 Bingo online?

Who developed the game Lucky 7 Bingo?

Lucky 7 Bingo has been developed by the software provider Proprietary

What type of game is Lucky 7 Bingo?

Lucky 7 Bingo is categorised as Bingo

What devices can I play Lucky 7 Bingo on?

Lucky 7 Bingo can be played on iOS, Android, Desktop, Mobile