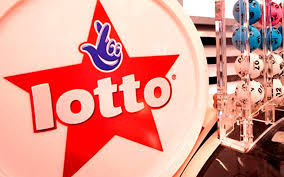 This is the original (and you may well say best) game of the National Lottery, launched in 1994 when it transformed the great British Saturday night. Originally just called National Lottery, it was rebranded as Lotto in 2002.

There have been some big changes along the way, but today it remains as popular as ever, with massive jackpots scooped during the twice-weekly draws on Wednesdays and Saturdays.

It still gives anyone aged 16 or over who’s based in the UK the chance to play to become an overnight millionaire. So no wonder the website describes Lotto as the Real McCoy!

Lotto from the National Lottery offers a nice, easy way of having a flutter. Just choose six different numbers between 1 and 59 – or choose Lucky Dip and have your numbers automatically and randomly generated for you.

It’s possible to play up to seven lines of numbers on every play slip. What’s more, you can purchase a maximum of 10 slips at any one time.

Draw days are Wednesdays and Saturdays and you can play in advance (and continuously) by direct debit to save yourself a bit of time.

So all you have to do is decide how many weeks you’d like to play and whether you want to enter the midweek or Saturday night draw.

Since October 2013, the price of each Lotto line has been £2. Get your tickets from one of the National Lottery’s many physical retailers, or buy online daily between 6 am and 11 pm. (As ever, though, if you want to play on the day of the draw, tickets must be bought by 7.30 pm.)

And of course, you boost your chances of a big win by playing with colleagues, friends or relatives in a Lotto syndicate.

So, what can you win with The National Lottery Lotto?

Well, each draw has a guaranteed millionaire, and Lotto’s base jackpots are now £2m on a Wednesday and £3.8m on a Saturday (up from £1.8m and £3.1m respectively).

A new format means the jackpot can only rollover five times – previously, it could roll over until it reached £22m. So if the jackpot isn’t won after the quadruple rollover, it is carried forward one last time into a Must Be Won draw.

If the six main numbers are still not matched, all cash winners share the jackpot, with each winning tier allocated a percentage. This is known as a ‘rolldown’ and means the jackpot is won more often.

The National Lottery says: “We expect Must-Be-Won draws to be around £11 million on a Wednesday and £12 million on a Saturday.”

Clearly, you win the jackpot for matching all six numbers, with other prizes as follows, if you match:

What you see is what you get with The National Lottery Lotto. It’s pretty hard to go wrong with it, and it’s run by a trustworthy, reputable and established operator.

What’s more, although it’s always a long shot, the odds are better than for a bigger draw such as EuroMillions, so it’s a good game to play if you want a healthier chance of winning.

Finally, of course, remember that part of your ticket money also goes towards the great community causes the National Lottery supports across the UK.

Where can I play The National Lottery Lotto online?

Who developed the game The National Lottery Lotto?

What type of game is The National Lottery Lotto?

The National Lottery Lotto is categorised as Lottery

What devices can I play The National Lottery Lotto on?

The National Lottery Lotto can be played on iOS, Android, Desktop, Mobile