Charlton Athletic Football Club was started in 1905 and the club is based in the area of Charlton in southeast London. The team takes part in the English Championship and it plays its home games at the Valley.

The main nicknames for the clubs are “The Addicks” and ‘Red Robins’. It was in 1920 that Charlton Athletic became a professional team and it entered the Football League the following year. The traditional kit for the club is a red shirt, with white shorts and red socks. Its main rivals are other clubs in South London, mainly Millwall and Crystal Palace.

Charlton Athletic was started in 1905 by a group of teenagers. Most of the early years were spent playing games in the youth leagues. It became professional in 1920 and became a part of the Football League the following year.

There were a lot of ups and downs for the team in its early years in the Football League. The club had perhaps its most successful period after earning promotions from the Third Division and Second Division in consecutive seasons. Charlton Athletic was the first-ever club to manage such a feat. In 1937, Charlton Athletic even managed to finish second in the First Division, fourth the following year and third in 1939. They were perhaps the most consistent side in the country right before the Second World War.

The club began to deteriorate in the 1950s and was relegated in 1957. The team was relegated to the Third Division in 1972 and there were numerous promotions and relegations in the following years, as well as some financial troubles.

The club was forced into administration in 1984 and the club started sharing Selhurst Park with Crystal Palace as Charlton Athletic could not afford to bring the Valley up to regulation and other disputes. Charlton Athletic did manage to get promoted back to the First Division after being runner up in the Second Division in 1985/1986. It subsequently got relegated soon after.

Charlton Athletic was promoted to the Premier League after beating Sunderland the play-off on penalties after the game ended 4-4. At the time, experts labelled it as being the most dramatic game of football in the history of Wembley Stadium. The club got relegated after its first season in the Premier League but won the Second Division the following season to get back to the big league. The club managed to finish 7th in the league in 2003/2004. Over the next few years, the club went back to the second tier league and it went through numerous ownership changes.

Charlton Athletic FC played at a number of different grounds in the early years of the club. It was in 1924 that the club made the Valley as its permanent base. There were improvements made to the stadium for the first couple of decades. It held a record crowd of more than 75,000 in 1938 for an FA Cup clash against Aston Villa.

The club shared Selhurst Park with Crystal Palace for some time in the 1980s as there were disputes regarding the Valley. The team even played at Upton Park for a while before returning to the Valley in December 1992. The stadium now is all-seated and holds over 27,000 people. With plans to expand the ground to up to 40,000 in the coming years.

Charlton Athletic FC has a shortlist of honours over its history as a club. Its best finish in the First Division was runner-up in 1937. The club has won the second tier and third tier of league football on one occasion. It also won an FA Cup in 1947.

Some of the notable players that have played at the club over more recent years include:

Charlton Athletic FC is always a solid team in the championship. While they have not been threatening too much in recent years to get promoted, a trend of young players and decent finishes have been encouraging. You will have betting markets for Charlton Athletic games on all of the leading football betting sites.

Check out reviews of these platforms on Roger.com, getting an unbiased look at these offerings. You can then see what option suits your needs the best, with the registration process only taking a few minutes. 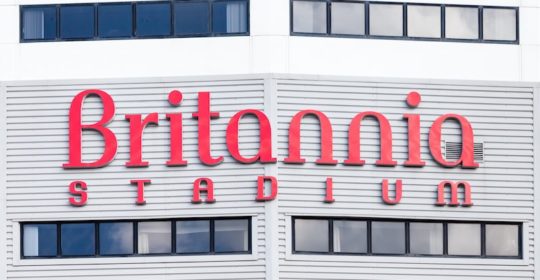 Known to many as The Potters, Stoke City FC has been regulars in England’s top two divisions for some time now. The team may yet be set for a return to the promised land that is the Premier League very soon. History of  Stoke City FC There is some disagreement on when this club was…