VfL Wolfsburg is a sports club that is found in Wolfsburg, Lower Saxony. The origins of the club came from a bunch of workers at Volkswagen. As well as its football team, there are also the likes of athletics, handball and badminton on offer through VfL Wolfsburg. The men’s senior team takes part in the Bundesliga, having won the title on one occasion. This was in 2008/2009.

They have also won the DFB-Pokal in 2015 and captured the DFL-Supercup in 2015 also. The professional football team at VfL Wolfsburg is operated through a spin-off subsidiary that is under the ownership of the Volkswagen Group. The team has been playing its home games at the Volkswagen Arena since 2002.

The city in Wolfsburg was created in 1938, with the region hosting workers for Volkswagen, is the home city for the Beetle. The club started out as a football side for workers and they took part in regional leagues. The club nearly shut up shop for good after the Second World War, but they slowly managed to get back on their feet. At the time of the beginning of the Bundesliga in 1963, VfL Wolfsburg was plying its trade in the Regionalliga Nord II.

For most of the 1970s and 1980s, VfL Wolfsburg played in the third division of football in the region, before managing to get to the Bundesliga 2 for the season in 1992/1993. They began to see some success during this time, getting to the German Cup final in 1995 but lost out to Borussia Monchengladbach.

They earned a promotion to the Bundesliga for the first time in 1997 after finishing runner-up in the second tier. While experts thought VfL Wolfsburg would face immediate relegation, they managed to secure a mid-table finish in their first season.

They finished in 6th place the following year and earned a place in the UEFA Cup. They also competed regularly in the Intertoto Cup getting to the final in 2003 but lost to Italian team Perugia. The club finished in 5th in 2008 in the league.

They won the Bundesliga the following season and the club set a record when two of its strikers scored more than 20 goals in the season, Grafite and Edin Dzeko being the strikers. The club earned a place in the UEFA Champions League for the first time as a result of this victory.

They came third in the group the next season and ended up losing in the quarter-finals of the Europa League. The team had a successful 2015, finishing runner-up in the league and winning the DFB-Pokal for the first time, as well as winning the DFL-Supercup.

VfL Wolfsburg plays their home games at the Volkswagen Arena, having done so since 2002. The capacity at the stadium is about 30,000, having previously played at the VfL-Stadium that held 21,600 fans. There is a separate stadium for the VfL Wolfsburg women’s and amateur men's teams.

There have been a number of notable players that have lined out for VfL Wolfsburg in recent years. These include the likes of Martin Petrov, Jeffrey Bruma, Edin Dzeko, Grafite, Ivica Olic and Kevin de Bruyne.

VfL Wolfsburg is a club that has not been playing in the top flight of German football for very long, but it has carved out an impressive record in recent years. They are a team that is ambitious and have an eye for talented players. This lends itself to a lot of betting opportunities for games involving VfL Wolfsburg.

All of the major betting sites will look after a whole host of betting markets for these fixtures. All of these best options have been reviewed for you on Roger.com. You can get started today in a matter of minutes, finding a site that is a good fit for your needs. 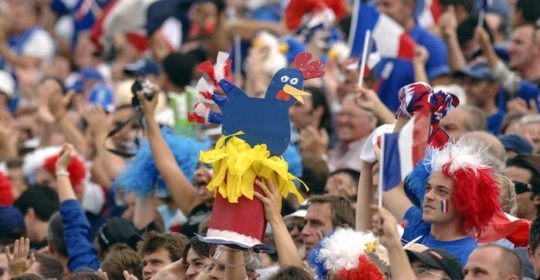 The French League Cup (Coupe de la Ligue) has been taking place each season since 1994. This is the secondary cup knockout competition that takes place each season and is under the organization of the Ligue de Football Professionnel. Only professional teams can take part, as opposed to the French Cup where amateur teams can…