How to bet on the American Derby at Arlington Park 2022 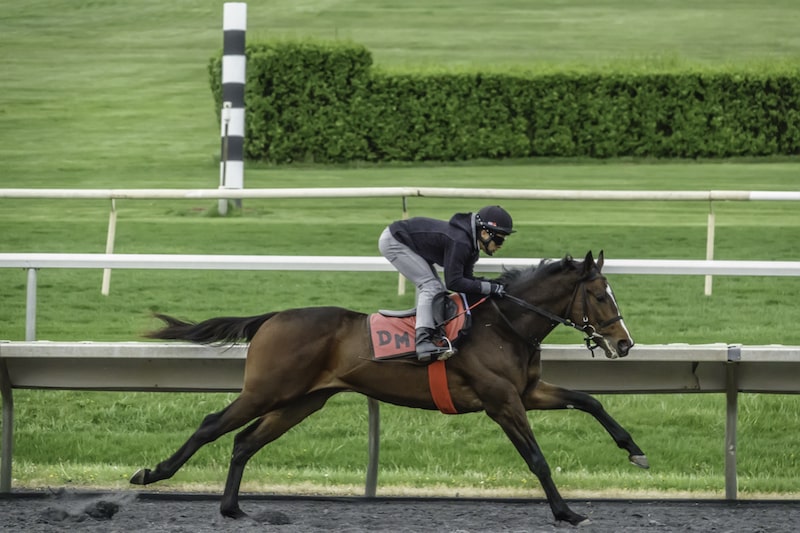 A Grade III race run every year in July for the three-year-old generation, the American Derby is held at Illinois’ Arlington Park racetrack near Chicago.

The race was first held in 1884 in Chicago’s old Washington Park and ran until 1905 when a ban on gambling brought the track and all its meets to a close.

Many renewals were lost for various reasons through the late 1800s and early 1900s, but a full-scale revival of the American Derby was staged in 1926, eventually moving to its current home at Arlington. Previously a dirt race, since 1992, the event has been run on the turf over a tip of one mile and half a furlong.

Past winners of what was once one of the top sophomore races in the States include racing greats Whirlaway, Citation, and Native Dancer while on the grass in recent years, it has been taken by Wild Approval and Faraway Kitten.

Bet on American Derby at Arlington Park 2022 at One of the Following Sports Betting Sites:

New customers only. Min Deposit: £10. First deposit matched up to £10. 1 x wagering at odds of 1.75+ to unlock Free Bet. Debit Card & PayPal deposits only. This offer is valid for 7 days from your new account being registered. Terms apply. Bet on the American Derby | Arlington Park | July 2021 at Betway Sports.

8 games, 8 results, £1 Free Bet for each correct pick. Register and predict the win-draw-win result in the 8 selected matches. Predict all 8 results and to £8k (shared if multiple winners). Less than 8 correct: receive a £1 Free Bet for every correct pick. After 2 plays, weekly wagering of £25 (min odds 1/2) required to receive free bets. Bet on the American Derby | Arlington Park | July 2021 at 888 Sport.