How to bet on the Cumbria Crystal Hurdle 2023 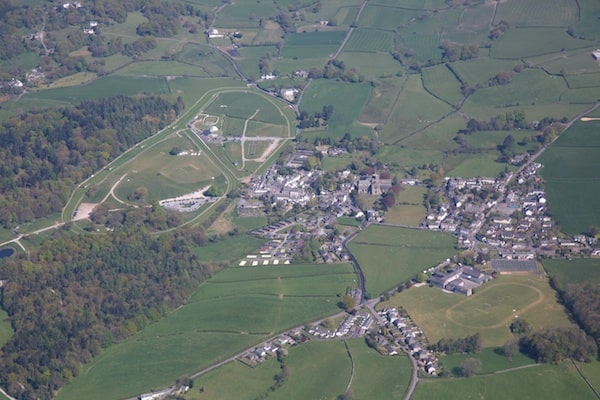 Cartmel’s Saturday meeting in mid to late July is a huge hit with racing enthusiasts and those simply holidaying in the Lake District alike, with the Cumbria Crystal Cup Handicap Hurdle being the feature race on the day.

Taking place over 2 miles & 6 furlongs, featuring 11 hurdles and being worth £25,000, the Crystal Hurdle is a huge event for summer jumpers and has been won in recent times by some big yards; David Pipe with Mr Clarkson in 2019, Donald McCain Jr with William Of Orange in 2018, Gordon Elliott with Eshtiaal in 2016 and in 2015 top jockey Richard Johnson was aboard winner Kilfinichen Bay.

Cartmel Racecourse’s holiday meetings are extremely well attended and this day is no different, the Cumbria Crystal Cup being ably supported in providing excitement by the Class 3 Lady Riders’ Handicap Hurdle over 2m1f among other races.

Bet on Cumbria Crystal Hurdle 2023 at One of the Following Sports Betting Sites:

New customers only. Min deposit requirement. Free Bets are paid as Bet Credits and are available for use upon settlement of bets to value of qualifying deposit. Min odds, bet and payment method exclusions apply. Returns exclude Bet Credits stake. Time limits and T&Cs apply. Bet on the Cumbria Crystal Hurdle 2021 at bet365.

New customers only. Min Deposit: £10. First deposit matched up to £10. 1 x wagering at odds of 1.75+ to unlock Free Bet. Debit Card & PayPal deposits only. This offer is valid for 7 days from your new account being registered. Terms apply. Bet on the Cumbria Crystal Hurdle 2021 at Betway Sports.

18+ begambleaware.org. New customers only. Min deposit £10. Money back as bonus if first racing bet loses. Wagering requirements: all sportsbook 3x at min. odds of 1.40 (2/5), casino 35x. Unless forfeited the racing bonus must be wagered before using the casino bonus. Bonus expires 7 days after opt-in. Full T&C's apply. #AD Bet on the Cumbria Crystal Hurdle 2021 at Unibet.

8 games, 8 results, £1 Free Bet for each correct pick. Register and predict the win-draw-win result in the 8 selected matches. Predict all 8 results and to £8k (shared if multiple winners). Less than 8 correct: receive a £1 Free Bet for every correct pick. After 2 plays, weekly wagering of £25 (min odds 1/2) required to receive free bets. Bet on the Cumbria Crystal Hurdle 2021 at 888 Sport.