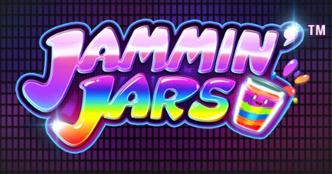 We be jammin’! Jammin’ Jars is the new slot from Push Gaming, available via Casumo. This 8×8-symbol grid slot is jam-packed with six types of brightly coloured fruits, playable whatever your device from just 20p a spin. The aim is to create clusters of at least five symbols, and this is a low-variance slot with frequent, if smaller wins, bursting at the seams with stacks of juicy features to keep excitement levels high.

Put your dancing shoes on but don’t leave home with this funky-looking, disco-themed video slot complete with dance floor, glitter ball and cascading reels. Just a quick glance at the 64 symbols shown on the screen confirms that this one isn’t really anything like the classic Las Vegas three-reel slot.

Symbols include strawberries, oranges, apples, plums, blueberries and raspberries, but the game manages to offer a fresh, modern twist on the standard fruit machine. The strawberry symbol is the highest payer, offering 100x the wager for a cluster of 25+.

There are no paylines in Jammin’ Jars, while the smaller, more frequent wins mean players see fewer fluctuations in their account balances.

The Jam Jar is the Wild symbol, and it can pop up appear anywhere. When it does, it will replace all other symbols. It’s there during respins, and comes with an increasing multiplier as part of a winning combination, while also acting as a Scatter which triggers the Free Spins feature after at least three show up anywhere on the reels.

The Free Spins round is where gamers can expect the heftier wins, thanks to sticky wilds with increasing multipliers.

Each Wild has a random multiplier falling between 1x and 5x, applied to any win it contributes to. When a jam jar symbol contributes to at least one cluster win, the multiplier linked with it goes up by one.

Some reviewers have said this is triggered pretty infrequently, but it’s launched at random following any collapse or cascade which hasn’t led to a win. When this happens, a rainbow symbol shows up over the screen, and adds at least one giant fruit symbol to the board of the same type as one that’s already there. The giant fruit symbol converts any positions they cover into the same type of fruit symbol as they are.

Add this to the unique layout and the strong range of bonus features, and you have a very attractive slots game indeed.

Where can I play Jammin’ Jars online?

Who developed the game Jammin’ Jars?

Jammin’ Jars has been developed by the software provider Push Gaming

What type of game is Jammin’ Jars?

Jammin’ Jars is categorised as Slots

What devices can I play Jammin’ Jars on?

Jammin’ Jars can be played on iOS, Android, Desktop, Mobile

100% my favourite game at the moment
by Robert
"Love the music and the 70s theme!"