.The Benteler-Arena is a stadium that is multi-purpose and it is found in Paderborn, Germany. It was only built between 2005 and 2008 as a replacement for the previous Hermann-Lons-Stadion. The Benteler-Arena has a capacity of 15,000 and it plays host to the home games of both SC Paderborn 07 and the SC Verl team.

The origins of the planning stages for the Benteler-Arena as a home stadium for SC Paderborn 07 came in 2011. This was due to the special license of the older home ground, the Hermann-Lons-Stadion being set to terminate.

The sports committee in the city officially declared that this old stadium would no longer be used. New suggestions were needed for the construction of a new facility.

The officials found a site for the new stadium in 2004. The following year, the construction process began, with the Bremer AG construction company being started to look after the development.

There was a suspension of the development for a time later on in 2005 as a result of lawsuits from local residents leading to the building license of the stadium being withdrawn.

This meant that a new plan for the development had to be created and it would not be until December 2007 that the construction was able to resume once more.

Just a month later the development stalled one more after the city of Paderborn not approving a transfer worth €3.4 million.

This led to further lawsuits, which were finally settled in March 2008 after the city conducted the payment. It was at the end of June 2008 that the Benteler-Arena was handed over to the SC Paderborn 07 club.

The official inauguration took place in July where the home team took on Borussia Dortmund. There have been a few different name changes of the Benteler-Arena over the years due to sponsorship reasons.

In June 2020, SC Verl managed to win a promotion play-off that saw it getting a spot in the third tier of football in Germany. This meant that in order to get the league’s requirements, it would start to play its home fixture in the Benteler-Arena.

SC Paderborn 07 have been playing their home games in the Benteler-Arena since it opened in 2008. The club has seen a lot of success over the past couple of decades compared to its previous feats. It was a steadfast team in the second tier of German football before finally making it to the top tier for the first time in 2014.

However, they got relegated the next season before falling even further down to the third tier the following season. They got promoted to the second tier again and finished runner-up in 2019, earning the side promotion back up to the Bundesliga. However, they finished 18th and got relegated once more.

Betting on games at the Benteler-Arena

Now that there are two teams playing their home games at the Benteler-Arena, there are even more chances to place bets on games at the venue. Both of the teams are dogged and are pushing hard for promotion.

Most leading football betting sites will offer markets for these games. To see what the best platforms are today for your needs, you can check out the expert reviews on Roger.com. The signup process takes a few minutes and you can get your hands on a free bet. 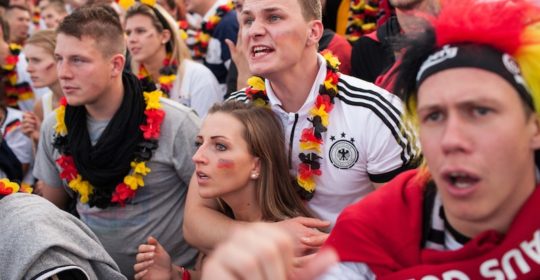 FC Heidenheim is a football club based in the city of Heidenheim, Baden-Württemberg, Germany. The club was started way back in 1846 and the team currently plays in the second tier of German football. They play their home games at the Voith-Arena which holds about 15,000 fans. History of FC Heidenheim FC Heidenheim has a…