Hereford Racecourse is a track for horse racing that is located in Herefordshire, England. It is under the ownership of the Herefordshire Council and it was under the operation of the Arena Racing Company.

There has been racing taking place at the track since the 18th century, so there is a lot of history attached to the venue. It has undergone a number of transformations over the years.

The first-ever race meeting that is on record to take place at Hereford Racecourse was in 1771. Over the years, there were a number of different transformations for the track. The main modernization efforts came in the 1960s. It was in 1966 that there was the installation of a camera for photo finishes.

It was in December 2012 that the Arena Racing Company stopped its operations at the venue. This came after it did not successfully win back the lease for the track from the Herefordshire Council. The last meeting for thoroughbred racing at Hereford Racecourse was in December 2012. This meant that after 240 years of racing, it had finally come to an end. There was still Arabian racing taking place at Hereford Racecourse.

It was in October 2016 that Hereford Racecourse was opened to host National Hunt races. There was a crowd of about 5,000 at this first meeting at the venue. There were generally 11 different race meetings taking place each year in the following years.

It was in August 2018 that the development of a reservoir in the middle of the course began. The idea behind this development was to allow watering for the track without a need to rely on water from a shared borehole that had a limited supply.

The jumps track at Hereford Racecourse is near the Wales-England border. The venue is ideally located close to the centre of the city, while still being amongst the beautiful countryside in the region. It is very accessible as a result and is always an enjoyable experience particularly when the weather is nice.

It is a right-handed track that is about a mile and a half in total length, with nine fences in total. For the home turn, the ground tends to fall downhill. This is a sharp turn, with the remaining turns on the track being pretty generous. Usually, the ground is pretty good for racing at Hereford Racecourse, but during the winter the ground will be testing.

Whatever the case may be, you will get the best value if you are purchasing tickets in advance online. That is rather than waiting for the day of the race meeting and trying to buy tickets at the track. Generally price for Hereford Racecourse tickets will begin at £15 for general admission and enclosure admittance.

It is important that a horse travels well before it gets to the home turn. This is because the downhill finish means that horses will tend to get away from the chasing pack, leaving little chance to make up ground.

The final fence can be tricky, with a lot of mistakes being made by inexperienced jumpers there. With the track widening out on the finishing straight some horses do travel wider and wander, particularly if the ground is testing or the horse is tired.

If you are looking at placing bets for racing at Hereford Racecourse, there are many different betting operators that you can have a look at to do so.

At Roger.com, all of the best horse racing betting operators have been reviewed in an objective ban unbiased way. This allows you to quickly sift through the different options and pick one that could be a good fit for you. Then you can sign up for an account in just a couple of minutes and get your Hereford Racecourse bets placed. 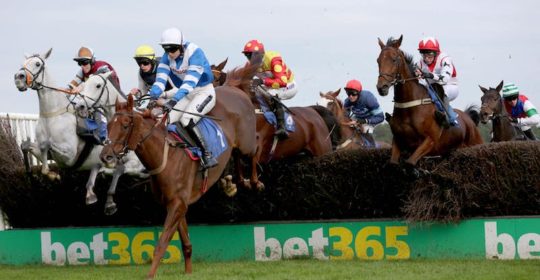 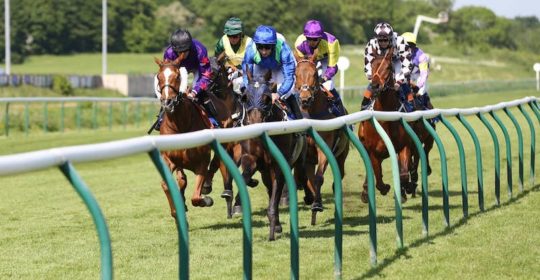