Another one of the very recognisable names on the American football scene is that of Motown’s finest, the Detroit Lions.

Based at Ford Field in downtown Detroit, Michigan, the Lions play their football in the NFL as part of the NFC North division.

The Detroit Lions are famed for their Honolulu blue and silver uniforms as well as their “Gridiron Heroes” fight song, though success on the field hasn’t always matched their ambition.

Many betting markets are available on Lions’ games with major online bookmakers, so watch out for their appearances and take advantage of knowing a little more about the franchise.

History of the Detroit Lions

The franchise can be traced back to Portsmouth, Ohio, where the Portsmouth Spartans were founded and joined the NFL in 1930 in time for that season.

The team did well but would not be able to thrive in the competition’s second-smallest city, and so the franchise was bought and moved to Detroit to become the Lions in 1934.
The team struggled throughout the 1940s but then things looked up and they made the playoffs in 1952, 1953, 1954 and 1957.

Before settling at their current home venue, Ford Field, the Detroit Lions played in four other stadiums.

Between 1930 and 1933, when the team was the Portsmouth Spartans, the Universal Stadium was called home. The franchise moved to the University of Detroit Stadium in 1934 and after that to the Tiger Stadium, where they stayed up until 1974.

The Lions’ next long-term home field was the Pontiac Silverdome, a stadium they moved into in 1975 and played at until 2001. The Silverdome had a capacity of some 82,666 which made it the biggest NFL stadium around until Washington’s FedExField was expanded.

The Silverdome was iconic and featured a fibreglass fabric roof, but ultimately it needed to be replaced and eventually, it was demolished.

Work on Ford Field began in late 1999 and it was ready to open in the summer of 2002. The stadium was built at a cost of more than $700 million in today’s money and sits next door to Comerica Park, a major baseball venue, right near the Detroit River, which forms a natural border between the USA and Canada.

The Detroit Lions have taken down several championships over the years in American football’s various competitions. While they have never won the Super Bowl, they have rewarded their loyal fans by achieving the following:

Bet the Lions with Roger.com Now!

You can wager on all Detroit Lions games via Roger.com. Bet with one of our recommended online bookmakers now to wager quickly, safely and securely. 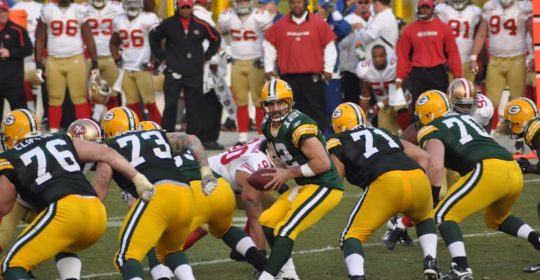