The Indianapolis Colts play their football in the AFC South division. Their colours are blue, white, grey and black, officially described as ‘speed blue’, ‘white’, ‘facemask grey’ and ‘anvil black’. The team’s fight song is “Colts Roll With It”.

As a franchise, the Colts were a well-known Baltimore-based team but relocated to Indianapolis back in 1984, and have since appeared in 16 playoffs, including being twice Super Bowl winners, in 1970 (as the Baltimore Colts) and in 2006.

As such, anyone considering laying a wager each American football weekend would do well to check out this team.

The Colts’ roots can be traced back to Baltimore where the Baltimore Colts played their football. You could go back even further, however, given that after just two years as a franchise it was the Miami Seahawks in fact who moved from Florida to Maryland in the first place.

Since those early days in the 1940s, there have been various versions of the Colts. Following some disagreements between the city of Baltimore and Colts owner Robert Irsay, regarding dwindling crowds and the lack of a new stadium, another relocation was on the cards.

Over in Indianapolis, the Hoosier Dome had been built specifically for a new NFL expansion team which had been agreed with the League, and so it was a perfect fit for the Colts.

By the time the Colts officially moved to Indianapolis in 1984, more than 143,000 requests for season tickets had been made, which was extraordinary, but on the field, the new team struggled to find form.

A decade and a half later, things improved. The Colts picked previous Tennessee Volunteer quarterback Peyton Manning in the 1998 NFL Draft, marking a much more successful era for the team, and one that ultimately led to them winning the Superbowl in 2006.

Recently, the team has continued to be well supported with average attendances hitting more than 60,000 per game in the Lucas Oil Stadium.

As a Baltimore franchise, the Colts played at the Memorial Stadium, while initially in Indianapolis they played their football in the RCA Dome, otherwise known as the Hoosier Dome. The team played there for 24 years, from 1984 to 2007, when the need for a more up-to-date replacement venue prompted action.

The RCA Dome was demolished in December 2008 and while the demolition was part of a wider project to redevelop the nearby convention centre it also allowed the Colts to finish their new home field just a block or so away.

The Lucas Oil Stadium opened for business on August 16, 2008. The venue sits right within the Indianapolis downtown area, near the White River.

Back in 2006, before the stadium was even built, Lucas Oil purchased naming rights for the stadium for a 20-year period for a fee of $122 million, partly funding the $720 million overall project cost.

The Lucas Oil Stadium has a capacity for football games of 67,000, though it can increase to 70,000 when required, and has an iconic retractable roof. The decision on whether to have the roof open or closed has to be made by the home side 90 minutes before the kick-off in each game.

The Indianapolis Colts Ring of Honor was established back in 1996. It was made to reflect those attached to the franchise who have shown special ability and/or have made a tangible impact.

Joining the players in the Ring of Honor are owner Robert Irsay, president Bill Polian, head coaches Ted Marchibroda and Tony Dungy, as well as the 12th Man (the team’s fans).

In their various guises, the Colts have won several titles over the years. Here are their achievement highlights:

Bet the Colts with Roger.com Now!

You can wager on all Indianapolis Colts games via Roger.com. Bet with one of our recommended online bookmakers now to wager quickly, safely and securely. 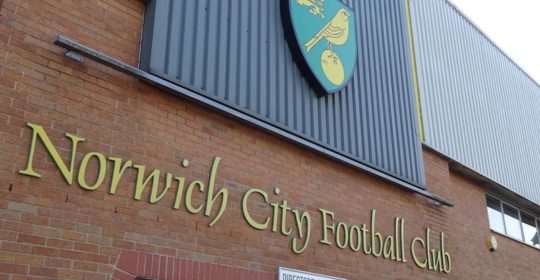 Norwich City FC, known to all and sundry as The Canaries, is a regular fixture on top British bookmakers’ football lists. While not always managing to hold onto their top-level status for very long, plucky Norwich so often achieves Premier League promotion and usually do so playing really attractive football. Still playing at one of…