Lumen Field has been previously known as Seahawks Stadium, Qwest Field and then CenturyLink Field.  It is the home of NFL team the Seattle Seahawks as well as MLS side the Seattle Sounders. The Stadium is considered to be one of the finest new generation NFL stadiums anywhere in the States.

This sweeping, modern, impressively designed venue sits right in the downtown area of Seattle.  It is close to Harbor Island and next door to T-Mobile Park, home of the Seattle Mariners. Lumen has won several awards for its design, including a Section Award for exterior lighting and also holds Leadership in Energy and Environmental Design Gold certification. The arena complex houses the famous Event Center, home of the Washington Music Theater.

The stadium’s design makes it an intimidating venue for opposing teams.  Plus, the Seattle Seahawks fans have claimed Guinness World Records on two occasions for “loudest fans at an outdoor stadium”.  The fans noise reached a massive 137.6 decibels in 2014! This has contributed both to a significant home advantage for the Seahawks, but also a good few false starts in NFL games owing to the noise.

Previously, the Seattle Seahawks had played their football at the Kingdome, right from their inauguration in 1976 as an NFL team. By 1995 proposals were in place to secure funding for a new stadium.  However, it took Seahawks owner Ken Behring having to threaten to move the team out of Seattle in order to secure the go-ahead.

Construction finally began in 1998 on the exhibition centre side of the project.  In 1999 when the team temporarily moved out of the Kingdome and into the Husky Stadium, the exhibition hall was opened.

In 2000 the Kingdome itself was demolished to make way for the new field.  Half of the recycled rubble from the old venue was ultimately used for the new one. A plan for a retractable roof was rejected by the Seahawks’ owner, and while that meant the stadium was vulnerable to the elements it also provided a smaller development cost and better views of the city. The concourses in the venue in fact provide great views of the surrounding area and the ballpark next door.

Finally, in the summer of 2002, the new stadium was opened for business and has been hosting the Seattle Seahawks ever since.

The arena was initially called the Seahawks Stadium.  It was renamed the Qwest Field in 2004 under a naming rights deal. This was overridden by a new deal in 2011 with CenturyLink.  Finally, in November 2020 it was changed again to Lumen Field owing to CenturyLink’s rebranding themselves Lumen Technologies.

This is all you need to know about the facts and figures surrounding Lumen Field.

Soccer is the other major pull in Seattle. As well as Sounders games, friendly matches featuring Barcelona, Real Madrid and Chelsea have been played here in front of big crowds.  There is a natural grass surface laid for international matches.

Brazil and Mexico have played major games here while matches at the 2005 and 2009 CONCACAF Gold Cup were also hosted at Lumen Field. Sounders fans are known to be among the most loyal and loudest in the States.

Supercross races and other events have featured highly both in this stadium and at the nearby exhibition centre, making the development overall a massive feature on many sporting tours.

Bet on All Games at Lumen Field with Roger.com

You can wager on all games played at Lumen Field via Roger.com. Bet with one of our recommended online bookmakers only to get the best possible odds and service. 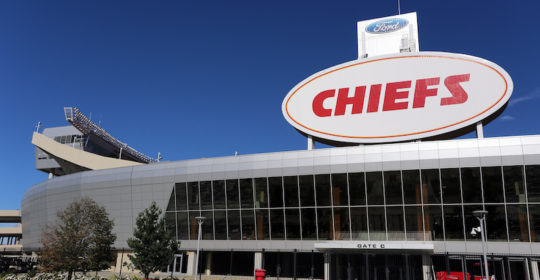