SoFi Stadium is a sports arena and entertainment complex in Inglewood, California. It was built on the former location of the Hollywood Park Racetrack and is just three miles away from LAX, Los Angeles International Airport. It is a very new stadium that first opened in September 2020.  The Stadium is home for two NFL teams – the Los Angeles Chargers and the Los Angeles Rams.  This gives it the distinction of being just one of four stadiums ever shared (and one of just two currently) by two NFL teams.

The stadium also plays host to the LA Bowl and is set to stage the Super Bowl in 2022. It will also host the College Football Playoff National Championship in January 2023. With the Summer Olympics coming to Los Angeles in 2028, this ultra-modern venue will set the scene for the opening and closing ceremonies It will also see numerous competitive events.

SoFi Stadium was built on the site of the former Hollywood Park racetrack.  It was open from 1938 until December 2013. Talk about building a stadium for the Los Angeles Raiders (now the Las Vegas Raiders) at this location had been going on for a couple of decades. However the deal breaker for the Raiders was that they would have had to share the new stadium with another team.

The project to build the SoFi Stadium started in November 2016 and it was officially opened in September 2020. The total construction cost was somewhere between $5 billion and $6 billion. It was made possible after the NFL approved the proposal, and the Rams moved back to Los Angeles from St. Louis.

Despite the onset of the COVID-19 pandemic threatening to derail major construction projects.  The work on the SoFi Stadium was able to continue, with enhanced health and safety protocols in place. A set of notable music concerts at the SoFi Stadium scheduled for the summer of 2020 had to be cancelled.  The complete NFL preseason was also cancelled. The Rams first practised at the new stadium on August 22, 2020.

An official ribbon-cutting ceremony took place on September 13. However, due to the pandemic, there were no fans present for the first games at the arena. A personal finance company, SoFi, bought the naming rights for the stadium in September 2019.  The deal is for 20-years and is worth about $30 million on an annual basis.

SoFi Stadium is an impressive stadium that can serve many purposes. As previously mentioned, it has already been awarded the 2022 Super Bowl. NFL owners had originally awarded the big game to SoFi Stadium for 2021, but the construction delays led to this timeline being pushed back a year. The LA Bowl will now be played annually at SoFi Stadium.  It will also cater to the Pac-12 and Mountain West conferences.

In January 2023, it will hold the College Football Playoff National Championship between the winner of the Fiesta Bowl and the Peach Bowl. The SoFi Stadium will also be hosting games during the 2026 FIFA World Cup.  It will also be a key venue during the 2028 Summer Olympics.

The St. Louis Rams were the first NFL team to commit to playing at SoFi Stadium. As part of its deal, there was the option for another team to also use the facility. The San Diego Chargers were the first team given the option.

If this option expired without the Chargers accepting, the Oakland Raiders would have been the next team to get the option. In January 2016, the Rams and Chargers agreed to a sharing arrangement.  Both contributed a $200 million stadium loan, as well as personal seat license fees.

Betting on games at the SoFi Stadium

As there are so many games taking place at the SoFi Stadium each year due to its hosting two NFL teams, this means that there are tons of betting opportunities. To see what the best betting sites are out there today, look at the expert reviews on Roger.com. Signing up for an account with one of these operators takes just a few minutes. 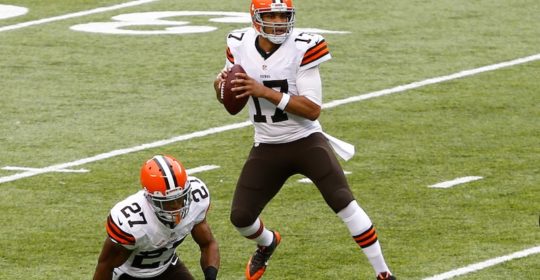