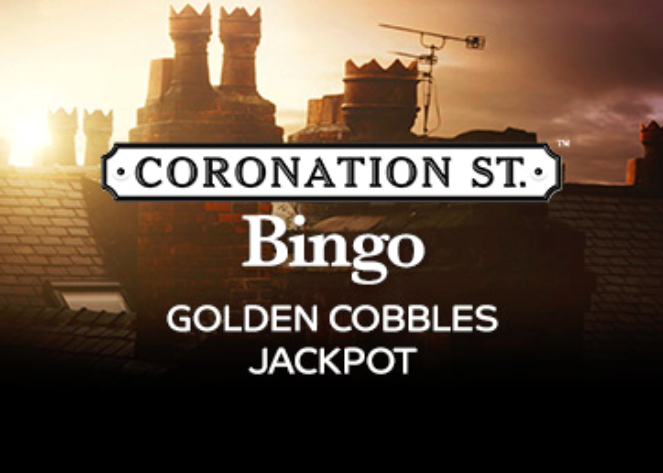 Now you can enjoy more of the drama of everyone’s favourite TV soap, Coronation Street, thanks to Gala’s partnership with the programme, which launched a themed 90-ball bingo room, slots and other Corrie-related games. Bingo callers are legends from the show, including former characters such as Reg Holdsworth and Fred Eliot.

This is one game where you can enjoy plenty of laughs and nostalgia, with dozens of classic Corrie clips, more than £10,000 paid out to players daily, and an average of 550 winners created every day. Not to mention endless banter with fellow players and soap enthusiasts. All that and it’s nice and user-friendly too!

Playing Corrie Street bingo couldn’t be easier. Just log on to Gala Bingo and visit the themed room, set against a familiar-looking Rover’s Return background. Simply buy your tickets as you would do for any other game, and then sit back and relax!

The room is open 24/7, with ticket prices beginning from as little as 5p each, and money paid out in every game typically £48.

Each of the games takes its name from a well-known Weatherfield location.

Blasts from the past

Take breaks in between games and relive some vintage Corrie moments, featuring all the show’s greats that every true fan remembers so fondly. We’re talking about Street icons such as Deirdre Barlow, Ivy Tilsley, Hilda and Stan Ogden, Eddie Yeats, Alec Gilroy and other memorable characters and storylines. Those were indeed the days!

You’ll love the nostalgia, and the clips give a real sense of just how much fun and drama the programme has brought viewers over the years.

The nostalgic feel is heightened with numbers called by familiar voices including that of John Savident (who played Fred Eliot).

We’ve cobble-d together the rules for you!

If you win the full house, you’ll also be able to bag yourself some extra cash, or perhaps the big progressive prize, by playing the Golden Cobbles jackpot bonus round and dabbing one of the featured numbers.

The Golden Cobbles jackpot round is marked off after each round, and is a 90-ball bingo card. A number can only be crossed off when the full house winner’s call number is on the card and not already golden.

If the number completes a single or two lines or a full house, you receive the relevant prize. If the number simply adds to the ticket, an ‘Any number’ prize I awarded – currently a fiver. The full house pot is £500.

To make things even more fun and Corrie-focused, some calls are tailored to the show, such as Rita’s Den (the number 10), Last Call at The Rovers (90), and Pork Pie Heaven (57).

The rules are pretty much the same as for any 90-ball bingo, so if you’re familiar with online bingo already, you shouldn’t find this one any different.

We reckon it’s the nostalgia factor that sets this one apart from any old 90-ball bingo game. It’s worth a look anyway but may have limited appeal if you don’t know your Fred Eliot from your Audrey Roberts.

For die-hard Corrie fans, however, this game, with its wealth of nostalgia, is quite simply unmissable.

Where can I play Coronation Street Bingo online?

Coronation Street Bingo has been developed by the software provider Playtech

What type of game is Coronation Street Bingo?

What devices can I play Coronation Street Bingo on?