.The Sparkassen-Erzgebirgsstadion is a stadium that caters for a variety of different needs. Its main use is as the home ground for the football games of FC Erzgebirge Aue, with the capacity being almost 16,5000, having been built originally in 1950.

There was a previous stadium on the same site as the Sparkassen-Erzgebirgsstadion since 1928. This was also a multi-purpose stadium, having a football pitch that was surrounded by an athletics track.

Following the creation of the German Democratic Republic, there was a complete rebuilding of the Sparkassen-Erzgebirgsstadion. The work took place over the course of four months in 1950. It was opened in August 1950 and was called the “Otto Grotewohl Stadium”. Named after the East German Prime Minister at the time, Otto Grotewohl.

The first game that took place after this new opening was between Erzbergbau and Waggonbau Dessau. It ended in a thrilling 3-3 draw, with about 25,000 fans being in attendance.

The first subsequent set of renovations took place in the latter years of the 1980s.

There were other redevelopments in 2004 and 2010, with the capacity gradually being lowered over the years.

The most recent project at the Sparkassen-Erzgebirgsstadion started in 2015. The overall goal to turn the arena into a modern stadium.

This was finished after three years, with the stadium having been completely demolished and rebuilt into what is now a modern area that is fully enclosed and has a capacity of 16,500.

You will find the Sparkassen-Erzgebirgsstadion at the Northern end of the small town that is Aue. It is not too far from the town centre and main railway station, with the arena being set in picturesque background of rolling green hills.

You can buy tickets for Sparkassen-Erzgebirgsstadion games online or through one of the sales points in and around the city. Most games will not sell out, so you can often get tickets on game day at the stadium unless it is a particularly high profile game.

FC Erzgebirge Aue plays its home fixtures at the Sparkassen-Erzgebirgsstadion. The club was formed in 1946 and it is currently plying its trade in the second tier of German football. The former East German team was one of the founding members of the third tier 3. Liga in 2008 after getting relegated from the second tier the previous season.

The city of Aue only has a population of about 21,000 which makes it one of the tiniest cities to have a football team that has gotten to the second tier of German football. However, supporters come from larger urban areas.

The best finish that FC Erzgebirge Aue has achieved in Bundesliga 2 was a 5th place finish in 2010/2011 as the team tried to get to the Bundesliga for the first time. They have twice been runners-up in the third tier and have captured a number of regional cup competitions.

FC Erzgebirge is on a quest to get to the top tier of German football for the first time in its history. As time goes on, the games at Sparkassen-Erzgebirgsstadion only get more exciting. This presents a lot of enjoyable betting opportunities for you to take advantage of. Most leading betting sites will offer markets for these games.

To check out the best platforms, read the expert reviews that have been compiled by Roger.com in an unbiased and objective manner. As soon as you have found the right site for your needs, you can create your new account in just a few minutes. 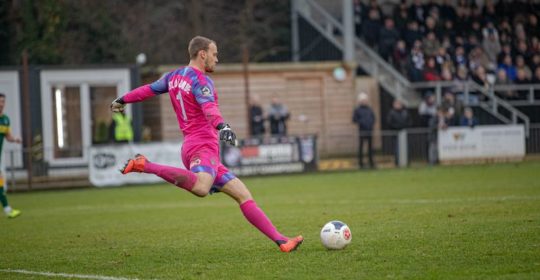 The County Cup competitions in England are knockout competitions that are organized by county football associations across the country. There are usually about 70 different cup competitions taking place each season as part of the County Cup event series. Each of these cups will have their own histories and nuances attached to them. There is…