There’s a clear benefit to playing slots online free demo mode. You won’t be shelling out any actual cash until you’re sure you like the game enough – and fully understand how to play it.

Below, we’ve pulled together six of the best slots to enjoy for free before deciding whether you want to stake any real money. Even if you’re a seasoned slots fan, it’s the best way to sample a new game, with no registration or downloading.

Operators are increasingly offering this option, so there are more chances to play in demo mode than ever, on mobile and desktop. Equally, sometimes, these trials include hot-off-the-presses releases.

You’ll be well catered for if you have a particular theme in mind – from fantasy to adventures and quests to exploring Ancient Egypt or travelling back in time to the world of the Aztecs or Greek gods.

Talking of which, the ancient Greeks believed gambling began among the gods. Indeed, Zeus, Hades and Poseidon cast lots to split parts of the universe, according to mythology. So gambling is one of the oldest human activities.

And Seneca himself said:

Luck is what happens when preparation meets opportunity.

We reckon that’s as true today as ever. You can prepare to enjoy some serious luck by taking the opportunity to familiarise yourself with some free online slots to play in demo mode.

Especially if you’re new to slots, it’s worth assessing the following while playing for free:

Above all, assess your emotive response, and whether you actually like playing the game.

Our suggested titles to play in free demo mode

While it may have a slightly dated feel now, Book of Ra from Novomatic remains a popular classic. It takes an Indiana Jones-style, Ancient Egyptian theme and has five reels plus nine Paylines.

With Wilds, bonuses and free spins, there should be plenty here to maintain interest. And while the graphics may feel rather simple compared to newer games, they’re still not bad.

This is one of the more recent offerings in the long-running, popular Rainbow Riches series from Barcrest Games, offering a 5×3 reel format plus a massive 5×12 reel and no fewer than 100 Paylines.

This game takes a leprechaun theme, hardly original given the number of Irish-based slots out there, but it’s fun nonetheless, and the graphics are certainly colourful, if a little ‘busy’.

With stacked symbols, bonuses, Wilds galore, free spins and a gamble feature, no one could accuse this game of being boring, while the 96% RTP is reasonable.

This game from the Williams stable takes the popular Greek god theme, and Zeus God of Thunder is impressive visually. Free spins and random Wilds plus a string of jackpots (minor, major, mega and grand) are all on the table here.

With five reels, four rows and 30 fixed Paylines, it’s a medium-to-high variance slot, with some big wins possible. Meanwhile, the backdrop’s black clouds provide a nicely menacing atmosphere, and you should find this an eminently playable game. RTP is in the region of 96%.

Eye of Horus from Merkur Gaming is another Ancient Egypt-themed game. It’s based on the falcon-headed god Horus, one of the culture’s most significant deities. The game has five reels, three rows plus 10 fixed Paylines.

And it comes with expanding symbols, free spins, a gamble feature and more. The latter means you can aim to double your win, although a wrong guess leaves you with nothing. During the free spins, symbols can be upgraded so they’re worth more. And it’s a nice-looking slot, with an RTP of just over 96%.

A classic slot styled on the traditional fruit machine, Sizzling Hot has been around a while but remains popular. And when you do play for money, you should find it doesn’t burn through your funds as quickly as some others, thanks to the frequent if modest wins.

Its design is simple, involving just five Paylines, and you don’t get any free spins, multipliers or other bonus features here, but you do get a gamble feature, with which you can double your winnings. At 95.66%, RTP is a tad low.

Developed by leading operator NetEnt, Aloha Cluster Pays is considered by some to be one of the finest web-based slot releases of recent times. It’s a traditional type of game, colourful and well produced.

There are six rows, five reels and no Paylines, but a totally original gameplay design, and masses of opportunities to win big. Land a group of at least nine symbols to get a cluster and randomly activate the sticky wins respin feature. RTP is 96.42%.

It’s always worth trying out any new game in no-risk, free demo mode before coughing up a penny in real cash.

Give one (or all) of the above a whirl and let us know your thoughts. 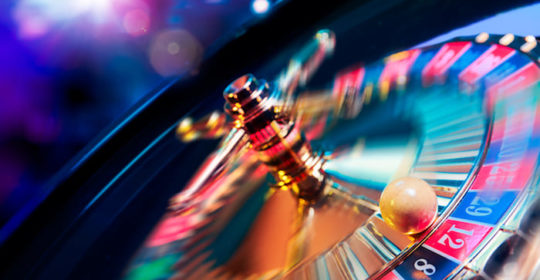 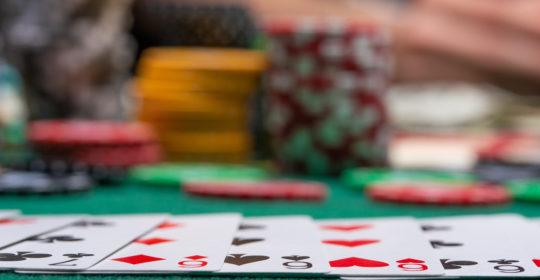 Combining gambling, strategy and skill, poker is one of the most popular games on the planet. With a history stretching back hundreds of years, it’s now more popular than ever. Millions of people play poker every day online, and many enjoy playing face-to-face in casinos and card rooms too. We take a look at some…