NRG Stadium, a multi-purpose arena in Houston, Texas, is the home to the NFL’s Houston Texans and is the very first arena for an NFL team with a retractable roof. The total construction cost was $353 million and the stadium can seat over 72,200.

Other events regularly held there include the Texas Bowl, the Houston Livestock Show and Rodeo, as well as international games for the United States men’s soccer team. It also hosted the 2004 Super Bowl, and Wrestlemania in 2009.

History of the NRG Stadium

The plan to build the very first NFL stadium with a retractable roof was first pitched in 1997. The idea was to build a stadium that would replace the city’s Astrodome. The project began in 2000 and was finished in just 30 months. The official opening came in August 2002 for a preseason game between the Houston Texans and the Miami Dolphins, won by the Dolphins.

The stadium held its first rodeo in February 2003 and was named the NRG Stadium in 2014. A new artificial surface was installed in 2015 replacing the natural surface that had been in use since the stadium opened. The largest crowd in the NRG Stadium to date was in March 2019 for a George Strait concert, with more than 80,000 people attending.

Hurricane Ike caused some significant damage to the stadium in 2008 and the Texans’ season opener had to be postponed. The retractable roof was badly affected and the first eight home games of the season had to take place with the roof remaining open.

The Stadium has several notable architectural features that have helped garner it a lot of attention over the years. You get a feeling of transparency when looking at the entire structure. When it is night-time, it feels as if the whole stadium is glowing.

In a 2012 preseason game, a drunk Minnesota Vikings fan fell from an escalator to his death, this was not linked to any design fault.

There are many other uses for NRG Stadium than just NFL games. There have been two Super Bowls held at the arena, both of which involved the New England Patriots. The Houston Livestock Show and Rodeo takes place every March over the course of three weeks. There is an area where livestock can be housed.

Soccer games are frequently played there, usually in the spring and summer. There have been a number of NCAA Division 1 Men’s Basketball Tournaments held at the venue. Notable music acts to have performed there include Metallica, U2, Taylor Swift, and The Rolling Stones.

The Houston Texans currently play in the AFC South division. The team, the youngest organization currently playing in the NFL, started in 2002 as an expansion organization. The team got to the playoffs for the first time in 2011.  They have won the AFC South on six occasions. The Texans have yet to make it to the Super Bowl and are the only team that have not yet reached a conference championship game.

Betting on games at the NRG Stadium

If you enjoy watching the Texans play their exciting football, then there will be plenty of betting opportunities for you to take advantage of. To see what options are open to you, check out the list of reviewed platforms on Roger.com. Experts have made sure that these are the best in the business today. 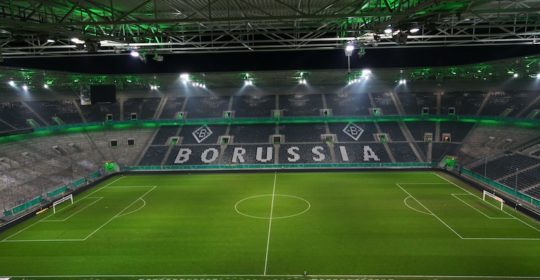 The Stadion im Borussia-Park, known simply as Borussia-Park or for marketing purposes as BORUSSIA-PARK, is the home stadium of top-level German football team Borussia Monchengladbach. The venue sits just four miles from the centre of Monchengladbach, in North Rhine-Westphalia. The arena was built to replace the football club’s old stadium, Bokelbergstadion. The old stadium was… 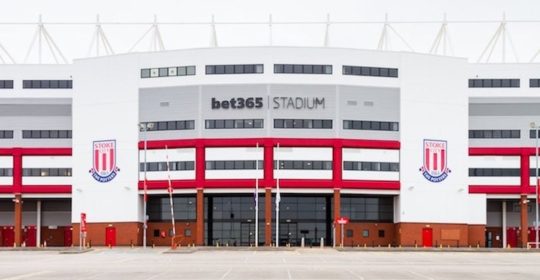 The bet365 Stadium is well known as the home of Stoke City Football Club, a new structure which replaced the club’s old home at the Victoria Ground in 1997. The stadium is situated just 1½ miles from the centre of Stoke-on-Trent, close to where the old ground stood. Having officially opened the stadium back in… 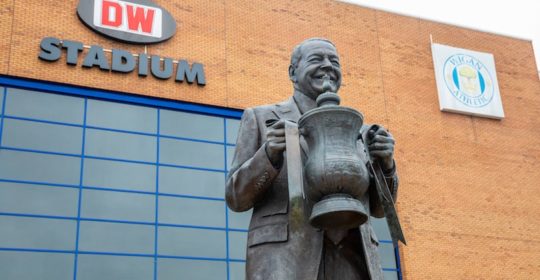 Named after main sponsor DW Sports, which was owned famously by Dave Whelan, the DW Stadium has been home to Wigan Athletic Football Club and Wigan Warriors rugby league side since it opened back in 1999. The stadium sits right near the River Douglas and the Leeds-Liverpool Canal. Less than a mile-and-a-half from the centre…