Named after main sponsor DW Sports, which was owned famously by Dave Whelan, the DW Stadium has been home to Wigan Athletic Football Club and Wigan Warriors rugby league side since it opened back in 1999.

The stadium sits right near the River Douglas and the Leeds-Liverpool Canal. Less than a mile-and-a-half from the centre of Wigan in the Robin Park area.

In terms of ownership, the DW is run by the Wigan Football Company which is 85% owned by the football club. The remaining 15% is controlled by the local council.

The atmosphere can never be described as white-hot here given the lack of support for Wigan, at least in terms of numbers. However, the club has achieved full houses for certain games. It has also recorded some famous results at this ground since it opened.

History of the DW Stadium

Having spent fully 67 years at previous home Springfield Park, a new home venue was needed for Wigan Athletic. Plans were put in place in the late-90’s to build it in Robin Park.

Designed by Alfred McAlpine, as many others were, the new stadium was completed in the summer of 1999. It was named the JJB Stadium after its main sponsor.

Unusually given that at least geographically there is a ‘rivalry’ there, the ground was opened by Manchester United manager Sir Alex Ferguson with a friendly game following between Wigan and Man United, fresh from their famous treble-winning season.

Around a month after the official opening, rugby league club Wigan Warriors left their old ground and also moved into the stadium, remaining as tenants ever since.

The stadium was almost closed to supporters in 2005 when Greater Manchester police threatened to cease policing at home games over unpaid costs, something that would have led to the club losing their safety licence.

After a decade as the JJB, a name change was on the cards when Dave Whelan bought out fitness clubs and shops from JJB Sports, with many venues becoming DWSportsfitness. As such, the stadium was renamed the DW Stadium in August ’09 and has remained that way since.

The DW has been regarded as being the Plough Lane of the modern-day with very little in the way of crowds, something that has done the football team no favours over the years.

The DW has shown its versatility over the years, but as a football stadium it is made up of the following things:

Memorable Games at the DW

Bet on Matches at the DW Stadium with Roger.com

You can wager on games at the DW now via one of our recommended online bookmakers. Get on quickly, safely and securely via Roger.com. 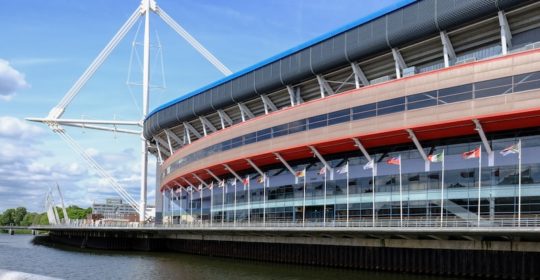