The Columbus Racecourse is located on the Platte County Fairgrounds, which are in Columbus, Nebraska. This track is five-eighths of a mile in length and normally the races take place towards the end of the summer. There is a grandstand that is covered and holds 4,000 spectators. No clubhouse is at the track for spectators to watch races while covered.

Racing has been taking place at the track for more than 70 years, with the summer meeting often coming to a close on Labor Day. Generally, there are low purses on offer at these races, but many quality horses have raced there over the years. There is a big movement to try to drum up more interest in the Columbus Races as attendance numbers and revenues have been declining in recent years.

The prices for the Columbus Races are generally very reasonable. For some of the smaller meetings, you will even be able to gain entry to the racing for free. You will usually have to pay a bit more if you want to reserve a seat in the grandstand. For bigger race meetings, the price will be slightly higher than usual in order to meet with demand. Usually, it will only cost a dollar or two to get an entry if this is the case.

The Columbus Racecourse is five-eighths in length and races usually take place here during the latter months of the summer. The oval tack has a dirt surface and there is always a fair-style of racing on offer. There have been some very fast times run by horses at Columbus Races over the years, but this has not been the case in recent years. This more so reflects the declining quality in horses racing at the track as opposed to a decline in the quality of the racing surface.

At the Columbus Races, there is generally a lower-quality of horse that you will be dealing with. This can often lead to large mismatches in quality. There is often a lot more variability and unknowns when betting on these types of races. This is when doing your homework can really pay off, as you might be able to learn what horses have been running well in training and those that are being held back to perform in bigger races.

Speed isn’t the be-all and end-all despite the short length of the track. You want fair runners who can hold the pace throughout the entire race and not try to break away from the pack too early.

It was at the close of the 2012 racing season that there was some controversy involving the Columbus Races. The Agricultural Society had been the main promoter of the Columbus Races dating back to 1942. However, it made the decision to not put in a request to host any live races during 2013.

As a result, there was a private group of racing fans who pushed to save racing in the area. They took on the responsibility of holding the racing meetings in 2013. They were approved to hold 16 different live dates of racing, in comparison to the 23 race meetings that were held during the previous season.

The races all went ahead as planned in 2013 and it has been ongoing ever since.

As there have been declining race meetings at the Columbus Races in recent years, there are only a few different significant races to look at. On certain race days in the 2020 calendar, they are simulcast only events. There are nine dates that have both simulcast and live racing to look forward to. These dates are:

If you want to place bets on racing that is taking place at the Columbus Races, you will need to find the right betting sites to do so. Not every betting site will offer this type of betting, so you will need to dig around a bit. Thankfully, Roger.com does this hard work for you. You can quickly see which sites offer Columbus Races betting and which of these is the best option for you. 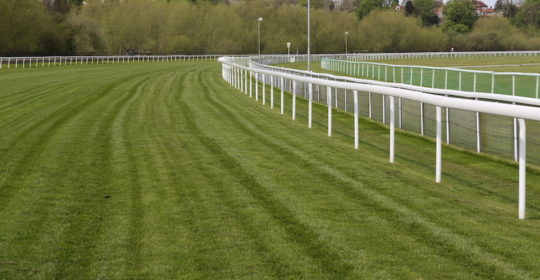