Kentucky Downs Racecourse is dedicated to thoroughbred racing and it is found on the border of Tennessee and Kentucky. It is located on the side of Kentucky, being part of the city of Franklin. It is very close to Interstate 65 and it is a rarity in the United States as it is styled like a European track.

The track is completely made out of turf rather than the standard dirt track that is found at racetracks across the country. It is also not shaped like an oval. Kentucky Downs regularly ranks as one of the best tracks in the entire country and racing has been taking place at the track since 1990.

Ticket prices for racing at Kentucky Downs Racecourse will vary depending on what event is taking place. For the bigger race days, the ticket prices will be a bit bigger than for regular race days. There are also different areas of the course that will carry differing prices for entry.

For example, the Turf Club Tent tickets can start at $40 per person, similar to the Director’s Room. For the Top of the Stretch Chalet, there is a $20 price minimum. For general admission, it will normally only cost a few dollars.

Unlike the majority of the horse racing tracks in the United States, the Kentucky Downs track does not have a dirt surface, it is solely a turf track and it is also not shaped like an oval.

The course is a mile and 550 yards in length and there are three turns in total. The finish straight is about seven furlongs in length. Unusually, there is also a right turn on the track, which makes it just one of two tracks in the entire country having this feature. The other track is the downhill turf tracks at Santa Anita Park.

There have been calls in Kentucky to allow racetracks to have a casino on-site to help with revenue-generating capabilities. However, to date, there has been no such development at Kentucky Downs. Being extremely close to Nashville, such a casino would likely be very successful at Kentucky Downs.

As one of the longest tracks in the country, you want to be dealing with horses that have enough stamina to make it all the way around. The sweeping turns mean that speed is not as much of a priority. Naturally, horses with turf racing experience are going to be preferred.

It was in 1990 that Kentucky Downs Racecourse opened, being known as the Dueling Grounds Race Course. The name comes from the historical site on which the track was built, with a number of duels taking place on the lands during the 1800s. This is because duelling was legal in Kentucky and not in Tennessee, so the border area was ideal for settling disputes.

After opening, there were only steeplechases taking place for the first year. It was in 1992 that flat racing began. The first meeting at the track had the Dueling Grounds International race, which had the richest purse in the history of steeplechase racing in the United States at $750,000.

There have been financial difficulties and legal action involving Kentucky Downs over the years. This is why there was on racing taking place at Kentucky Downs in 1997 for example. That year, an auction sale of the track took place, with a consortium of investors being the successful bidder.

These investors included Churchill Downs and Turfway Park. This is when the name of the facility became Kentucky Downs as the new management wanted to distance itself from the previous management.

Steeplechasing came back to Kentucky Downs in 2000 in addition to flat tracing, but just for a year. In 2008, further steeplechase races took place. New owners took over in 2007 of the majority of the facility. It was in 2011 that racing gaming machines were brought in at the track.

There is only limited racing that takes place at Kentucky Downs each year. There are usually six different race meets. However, there is more than $10 million worth of prize money up for grabs across these six days. On average, there is a purse of $2 million up for grabs each of the years.

This major race meeting takes place in September each year and there are a number of notable races such as the:

If you are looking to place bets on racing taking place at Kentucky Downs, you have a few different options to do so. Roger.com has chosen the best of these betting sites, taking the hard work off your hands. 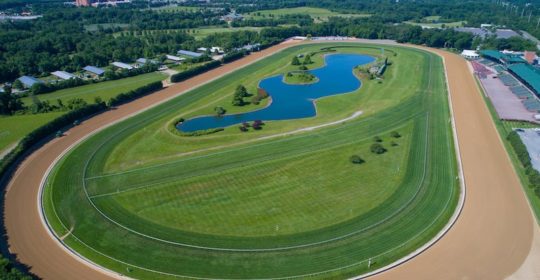 The Hipódromo Camarero Racecourse is a race track that is found in Puerto Rico. It is east of Carolina and San Juan and is close to the Luis Munoz Marin International Airport. There have been a number of different owners of the facility since it first opened in 1976. It is the main facility for…