Oaklawn Park Racecourse is a track that is dedicated to thoroughbred racing and there is also a casino at the facility that is in Hot Springs, Arkansas. The track that was formerly known as the Oaklawn Park Race Track also places host every year to the Racing Festival of the South.

It regularly is near the top of the national rankings in terms of the best tracks in the nation. There has been racing taking place there since 1905 and many notable horses have run at the track over the decades.

Previously, a general admission ticket would cost you $2 to get into Oaklawn Park Racecourse. However, a few years ago the decision was made to allow for free entry into the races, which is ideal.

The dirt track is a mile in length and there is a chute in place to allow for sprint races at the six-furlong mark. There are two different finish lines that can be used depending on the race, a feature that is not a part of many tracks in the country. It was in 2008 that $3,000,000 was spent to allow for a casino at the facility which now offers slot machines, poker and instant racing options. It is the biggest gambling facility in the state as a result of this renovation work.

From the 2019 season onwards, the racing season at Oaklawn Park Racecourse has been pushed back later than usual. It now starts at the end of January and lasts until the beginning of May. For the most part, there are 57 racing days as part of the calendar each season at Oaklawn Park. The main reason for the change was the better weather conditions as there had been numerous cancellations of early January meetings in the past due to poor weather.

Quality rises to the top at Oaklawn Park, with well-bred horses doing well. Course form is a must and there is often plenty of info to go off for the standard races. A lot of attention will also come upon the bigger races, which always adds great excitement to betting. While a lot of these races are well-stacked, proper research can pay nice dividends.

It was in February 1905 that Oaklawn Park was officially opened to live racing. The city had a national holiday on the day of opening, with over 3,000 people attending this debut day of racing. In the first few years of the track, there were only about six races taking place per day. The facility closed in 1907 due to political reasons before opening up once more in 1916.

Over the next decade, there were numerous different owners, with the track being in an almost constant flow of opening and closing. It was in 1929 that legislation was approved in Arkansas that allowed horse racing and pari-mutuel betting to be fully legal.

This led to a boom for the track in the 1930s and the facility began to rival some of the best in the country. While most tracks in the country closed during World War II, Oaklawn Park stayed open for the majority of it.

Popularity continually rose and extensive renovations were completed in the 1970s. This saw a new five-level glass enclosure added to the grandstand. There were also a number of other facilities created for the enjoyment of race fans. In the early 1980s, record handles were being taken in, averaging more than $3 million per day, with the average daily attendance being more than 23,000 people. As the decade went on, intake began to fall and the track decided to have racing on Sundays also.

The 100th anniversary took place in 2004 and a $5,000,000 bonus was offered to any horse that could win the Kentucky Derby, Arkansas Derby and the Rebel Stakes. This bonus was duly won by Smarty Jones. It was in 2018 that the decision was made to hold the 2019 season later in the year.

There are many notable races that take place at Oaklawn Park each year.

Finally, the Grade III races are the Southwest Stakes, Razorback Handicap and the Count Fleet Sprint Handicap. The Derby is perhaps the biggest race, with a $1,000,000 prize purse. It takes place over nine furlongs and always has a prestigious field.

If you want to place bets on racing at Oaklawn Park, there are many quality online betting sites you can do so with. At Roger.com, the best of these sites have been chosen for you, each objectively reviewed. Therefore, you can get started betting in just a matter of minutes when you choose one of the esteemed operators.

Chester Racecourse is also called the Roodee. It’s the oldest racecourse in the world that still has horse races! The first recorded races at the venue date all of the way back to the early days of the 16th century. The official date for the first racing is 1539. Another claim to fame is that… 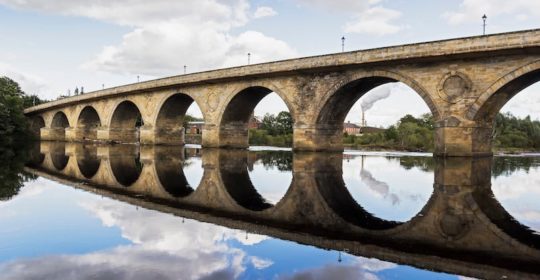