Santa Anita Park Racecourse, along with Keeneland, Belmont, Churchill Downs et al, is one of the premier racetracks in the States with an enviable schedule that would fit in with Newmarket, Ascot or Longchamp easily.

Certainly, one of the most picturesque racing venues anywhere in the world, the track itself is situated in the town of Arcadia, California, and is right at the foot of the San Gabriel Mountains which gives it the most amazing backdrop.

Santa Anita sits just 16 miles from downtown Los Angeles and 25 from Beverly Hills, meaning it has support which is great in numbers and great in financial backing.

Unlike at other US tracks where you may not recognise the top trainers at first glance, the big hitters here are Doug O’Neill, John Sadler, Michael McCarthy, Richard Baltas and the all-conquering Bob Baffert which shows up the sort of quality this place attracts.

It goes without saying that when the Breeders’ Cup is in town things are very different, the organisers of the championships being responsible for ticket prices.

However, despite the utterly top-class nature of the horses on display here, general admission is free on Thursdays and Fridays as is Club House entry. General Club House entry is just $5 and even on premium days, this gets no higher than $10, something achievable in the States due to the fact that tote style gambling profit stays within the course and doesn’t go to independent bookmakers.

As a first-class facility, it’s no surprise to learn that both dirt and turf races are run here and both tracks are held in very high regard indeed, despite some temporary problems having occurred in 2019.

The main track here is a standard dirt oval; one mile around, left-handed and flat, this track is typical in that it is about tactical speed rather than stamina with the bends being tight and most races being run over sprint distances.

When looking at speed figures, which are readily available, be sure to not confuse this with finding front-runners as they can often go off too fast here and will be caught up the stretch run. Instead, punters really need a horse who is ideally well-drawn (low numbers), and who can show mid-race speed enabling them to get into a winning position somewhere between the half-mile and quarter poles.

Even sharper at seven furlongs in length and sitting inside the dirt track, the turf course here is a beautiful one and despite its layout, those coming from behind on it can have some major success.

As a bettor, you could do a lot worse than simply review the ride Irad Ortiz gave to Bricks And Mortar to win the Breeders’ Cup Turf here in 2019 over a mile-and-a-half, showing that jockeys are able to sit in the pack and make their challenge on or after the final turn.

Within that stakes schedule around 50 races in the winter/spring meet are at Grade II or Grade III level and when Santa Anita hosts the Breeders’ Cup, which it has on no less than eleven occasions, another 13 Grade I races are added to the calendar.

Even in a normal year here, this spectacular track hosts the following top-class events:

*The Santa Anita Derby is a major trial, some would say the most important, for the Kentucky Derby in May. **The Shoemaker Mile is a ‘win and you’re in’ race for the Breeders’ Cup Mile in November.

Santa Anita is a true championship track, and you can now place your bets there with extra confidence. Wager right now with any of Roger.com’s highly recommended online bookmakers safely, and securely. 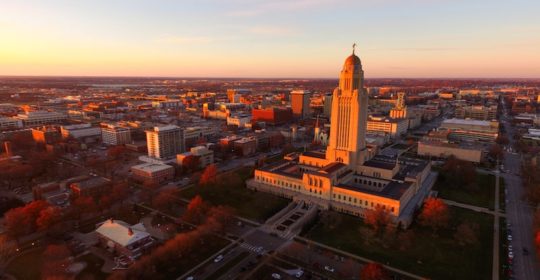 Fonner Park is a racetrack that is in the heart of Nebraska and the season of racing lasts from the middle of February up until the start of May. Generally, there will be racing during Friday, Saturday and Sunday afternoons. There are a number of notable races that take place at the Fonner Park track…