It’s officially called The Masters Golf Tournament, but it’s more commonly known just as the Masters or the US Masters outside North America.

According to the BBC, the US Masters tournament is one of the biggest and most important competitions in golf.

Professional golf has four major championships, but this one attracts more interest than any other globally, with blanket broadcast coverage and tickets like gold dust. (Even the practice rounds are hard to get tickets for.)

It’s the first major of the season and always played during the first full week of April, with the final round traditionally taking place on the second Sunday of that month.

While the location of the other major's changes, the Masters is always played at Augusta National Golf Club, a 6,800m private course in Augusta, Georgia, in the south-east of the US.

Another factor setting the Masters apart is that, unlike other key tournaments, it’s run by a private club rather than a national golfing organisation such as the PGA.

The Masters was first played in 1934, and it’s become an official event on the European, Japan Golf and PGA tours. As an invitational event, its field of players is not as wide as those of other major championships, and there are no qualifying tournaments.

Typically, there are between 90 and 100 players, all of whom must meet certain published criteria. Invitations are issued to the top 50 golfers in the Official World Golf Ranking.

They are all men, but, in 2019, the club began hosting the Augusta National Women’s amateur event.

What format does it take?

There are four rounds, each consisting of 18 holes, and rounds take place from Thursday to Sunday. Participants play in the same groups of three for the first two rounds.

After 36 holes, the size of the field is reduced with a ‘cut-off’ score. To survive into the final rounds, under rules launched in 2013 players must ‘make the cut’ by either being within the top 50 places (ties included) or be within 10 strokes of the leader’s score.

Players complete the final 36 holes over the last two days. If there’s no overall winner following the fourth round, all players who are tied for the lead take part in a ‘sudden-death’ play-off.

This starts on the 18th hole, followed by the 10th next to it, and continues until only one player is left.

The Masters, given its long history, is packed with traditions. These include the famous green jacket presented to the winner along with the cash prize and have their names engraved on the silver trophy.

The tournament starts each year with another tradition, the honorary opening tee shot, usually taken by a legendary golfer. In the days before it opens, the annual Champions' Dinner is held.

Jack Nicklaus has claimed six Masters titles, a record so far unbeaten. He was 46 when he won in 1986, making him the tournament’s oldest winner to date. The youngest is Tiger Woods, winning at the age of 21 in 1997. Both men are the only players to have won the tournament in three different decades.

Meanwhile, English players to have triumphed include Nick Faldo, crowned champion on three separate occasions, and Danny Willett, the victor in 2016. Scotsman Sandy Lyle won in 1988.

Spanish golfing legend Seve Ballesteros, one of the first Europeans to end America’s early dominance of the tournament, won it twice.

In terms of wagering, no golfing tournament was bigger than The Masters Golf Tournament. And indeed there have been record levels of betting in recent years, with plenty of betting options available.

But choosing an outright winner can be a challenge at any PGA tournament. You’re generally better off isolating head-to-head match-ups, or backing one of a couple of outcomes in an outright market.

Your main focus should be on the current player and course form, and on shopping around at the various sportsbooks for the best prices while spreading risk. Find out which players are most familiar with the greens and how to play the holes at Augusta.

Above all, to succeed here you need precision ball hitting, quality irons and premium putting, although longer hitters and those who play the par 5s under par also do well.

When placing a win wager, it should be no more than 10 or 20% of a head-to-head match-up bet, allowing more handicapping, skill and strategy to generate winners and profit.

The key is to pick players who make the cut, and then hope they can go on to be a contender in the event.

This isn’t about betting directly on the event’s outcome. Instead, you create a fantasy sports team to win money. These have been around for a while now, and have added huge interest and excitement to golf betting and The Masters Golf Tournament.

Finally, when assessing a player, consider the following:

Have a bet on the Masters through us today, with one of our recommended online bookies. 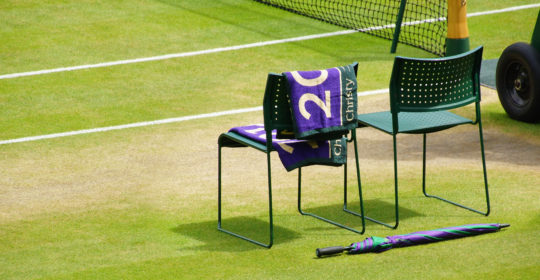