Given where it stands geographically, many believe the Volksparkstadion to have been around since the ’50s but in fact, Hamburger SV’s home stadium was rebuilt on the sight of its old one in a similar style to that achieved by Tottenham Hotspur in recent years.

Building began on the new venue in 1998 and was finished, complete with a pitch now turned 90 degrees, ready for August 2000.

With sponsorship deals having helped pay for what is a classic venue, the new ground was first known as the AOL Arena until 2007, then the HSH Nordbank Arena between then and 2010. It has often been used as a base for the German national teams.

The Volksparkstadion remains iconic within German football circles, and these are its crucial facts and figures:

Memorable Games at the Volksparkstadion

These are some of the many classic matches played out in Hamburg down the years:

The Volksparkstadion hosted all three of West Germany’s games in Group 1 at the 1974 World Cup. However, it was the last of the three which was to be the most memorable spectacle.

East met West in a classic derby match. The former’s 1-0 win being enough to top the group just ahead of their neighbours.

The goal came with just thirteen minutes left on the clock. Jürgen Sparwasser struck in front of a crowd of 60,000, significantly up on previous attendances.

Back in 1983 Hamburger SV reached the semi-final of the European Cup. Drawing 1-1 with Sociedad in Spain in the first leg.

On one of the most famous nights in their history, however, they managed to take the second leg at this venue 2-1 when late goals from Jakobs and von Heesen sandwiched a reply by Alvarez. The club went on to win the trophy courtesy of a 1-0 win over Juventus in Athens.

Host nation West Germany once again played at the Volksparkstadion during the 1988 European Championships, and again the venue was used to host a major derby.

56,000 were in attendance this time and atmosphere were suitably raucous, the Germans considering the Netherlands and not England as their main footballing rivals off the field.

A tight encounter ensued, and when the home side took the lead via a penalty on 55 minutes from skipper Lothar Matthäus the roof was lifted.

The celebrations didn’t last too long though when a penalty at the other end was tucked away by Ronald Koeman on 74 minutes, and a hard-fought victory was ensured by a great Dutch team including Frank Rijkaard and Ruud Gullit when superstar Marco van Basten hit the winner with just two minutes left.

At the business end of the World Cup in 2006, the temporarily named FIFA World Cup Stadium hosted the quarter-final tie between Italy and Ukraine.

It was a routine victory for the Italians, goals from Gianluca Zambrotta and Luca Toni (2) sending them through to the semis, with the Azzurri eventually going all the way by beating France in the final in Berlin.

When Roy Hodgson’s Fulham went on their amazing Europa League journey in 2010, it ended with a trip to this very stadium for the final against tournament specialists Atletico.

The Spaniards were overwhelming favourites and so when Diego Forlán scored on 32 minutes the script appeared to have been followed. But, five minutes later a plucky and talented Fulham side equalised Simon Davies netted and the score stayed this way until the end.

Heartbreakingly for the Londoners, with just four minutes left on the clock, Diego Forlán stepped up again to land the winner for Atletico.

You can wager on all games played at the Volksparkstadion now via Roger.com. Get on with one of our highly recommended online bookmakers only to play safely and securely. 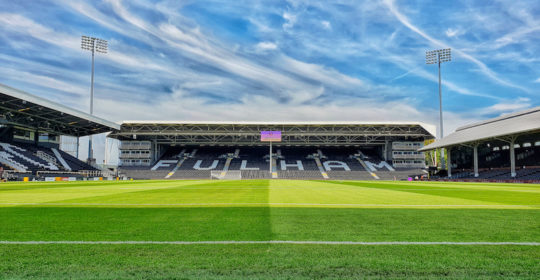 Right around the corner from rivals Brentford, QPR and of course Chelsea is London’s oldest Football League club, Fulham F.C. Known informally as The Cottagers or The Whites, Fulham has spent time in the English Premier League and are a household name in the country having played some marvellous football under the likes of Jean… 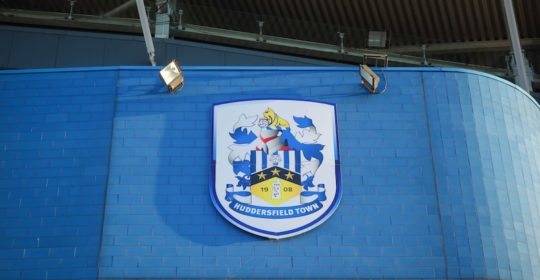 Huddersfield Town FC is a football team in England that is based out of Huddersfield, West Yorkshire. It was founded in 1908 and is currently a member of the Championship. Over the years, Huddersfield Town has seen a decent level of success. The team currently plays its home games at the Kirklees Stadium and the…