Aintree Racecourse, located near Liverpool, is most famous for holding the iconic Grand National every April. It is one of 25 British race tracks to host National Hunt events only, no flat racing takes place here.

Given the importance of the three-day Grand National meeting in early April, Aintree is happy to host just eight race days per year across only 6 meetings.

Two Friday evening meetings are held in May and June featuring a mix of relatively run of the mill races but with a relaxed feel. While the Halloween Family Day in October is when the Old Roan Chase is staged on a Sunday.

November’s Autumn Raceday is a big Saturday fixture with a competitive 2m4f handicap chase and precedes Becher Chase Day in early December. Also, a Saturday, the last three meetings are seen as particularly important on the jumps calendar.

It goes without saying that the main meeting of the year is the Grand National Festival. It begins on the first Thursday in April with Liverpool’s Day, followed by Ladies Day on Friday and finally Grand National Day on Saturday. Throughout the festival, over £3.1million in prize money is handed out, a third of it belonging to the big race itself.

The great Red Rum, the only three-time winner of the National, of course, is synonymous with Aintree Racecourse. The horse is even buried near winning line.

Tickets for the Grand National meeting range from just £27 on Liverpool’s Day up to £60 for a non-hospitality ticket. On the big day itself, these change to £40 on the Embankment up to £70+ in other areas.

Naturally, prices are lower at Aintree’s other meetings. Admission on Becher Chase day, for example, is available from around £17 and upwards. The more relaxed feel of the Friday evening fixtures in spring and summer means prices from just £20, with music usually provided after racing too.

Aintree has been hosting steeplechases since 1836 and flat races for a number of years before. The famous Grand National was inaugurated as early as 1829 as a weight-for-age race. Later, it swapped to become the fearlessly competitive handicap chase it is today.

The two courses at Aintree are both left-handed with the Grand National Course 2 miles & 2 furlongs in length and featuring notoriously big fences along with standard hurdles.

The National Course fences have a drop on the landing side and the track features a long run-in after the final fence when horses nudge around the “elbow”, leading to some of the epic battles we’ve seen in the closing stages of Grand Nationals over the years.

On the National Course, the fences are named and have become part of folklore, even once-a-year watchers being familiar with obstacles such as the Chair, Foinavon, Valentine’s, the Canal Turn and Beecher’s Brook as well as the Melling Road, part of the track that the horses cross as they take in this course.

The Mildmay Course is tighter at just 1 mile & 3 furlongs and features slightly easier fences and standard hurdles, with both tracks being flat in nature.

The chase courses even more so than the hurdle courses are sharp but, despite the flat nature of the topography around Aintree, over anything other than the extreme Grand National distance of four-and-a-quarter miles it’s often thought of as a galloping track where contenders should stay up with the pace rather than attempt to leave it late for a challenge.

Aintree’s races and meetings are select despite only Haydock Park being within touching distance and able to host quality jumps meetings in the area. These major heats are arguably the highlights at Aintree throughout the year:

Aintree’s races attract a lot of attention when it comes to betting, the Grand National, in fact, being the biggest betting event of the whole year in the UK.

If you want to get involved in the National or any other fantastic Aintree event, you can bet safely and securely with any of our recommended bookmakers now. 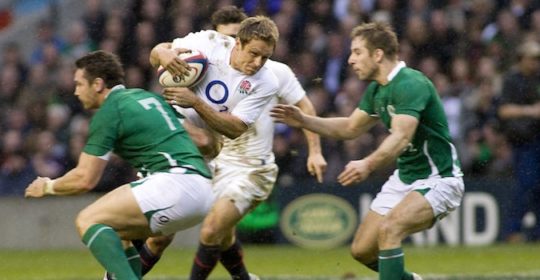