Empower Field at Mile High is the home of NFL team the Denver Broncos. Given that it keeps the tradition of its old stadium name, as well as that of the city’s nickname, the stadium is often referred to as Mile High or New Mile High.

The Broncos’ home field is in Denver, Colorado, on the South Platte River Valley and boasts amazing scenes of mountain peaks in the background.

The stadium sits some 5,280 feet above sea level and, because of this, it has a fearsome reputation. Its elevation, and its uniquely loud home fanbase, often make it difficult for away teams, giving the Broncos a very heavy home field advantage for NFL games.

This is one of the stadiums to encourage participation from the crowd, including as many people as possible wearing the home team colours. On Broncos home games, the Empower Field at Mile High is simply a sea of orange and is quite a spectacle to witness.

The building of this stadium marked the end of an entire sporting venue upgrade in Denver which took some six years, including the construction of the Pepsi Center and Coors Field.

A funding deal was needed before the project got underway, with the Denver Broncos and the State of Colorado settling on 25% being paid by the team and the remaining 75% of the estimated $400 million bill being taken care of by the state.

With the finance deal secured, building work began on the project in 1999 but, during its construction, Wellington Webb, the then-Denver Mayor, made it known he was against giving away naming rights to the stadium despite the all-important revenue that it would provide, leading to protracted arguments between the various stakeholders.

Despite his protestations, there have been a few different names over the years.  Finally becoming the Empower Field at Mile High in 2019.

It opened its doors to fans in September 2001, on budget and on time, and has been the popular home of the Broncos ever since.

The eye-catching, elevated Empower Field at Mile High Stadium is a wonderous thing to view. Here is some key information:

This is of course known as an NFL stadium, and it is one that first saw action in September 2001 when Denver beat the New York Giants in a massive event.

The Broncos have also played some crucial NFL playoff games at The Empower Field at Mile High Stadium, including the 2005 Divisional Playoff Game when the home side beat the New England Patriots 27-13.

Aside from Denver Broncos games though, the stadium has seen plenty of use. Manchester United beat Roma here in the 2014 International Champions Cup in front of 54,000 people, while England beat New Zealand in a rugby league match in 2018.

The stadium’s biggest use and biggest source of revenue aside from NFL games, however, has come from the music industry.

Already it has hosted some of the world’s biggest acts, including the Eagles, Metallica (twice), Linkin Park, U2, Guns N’Roses, Taylor Swift, Garth Brooks and the Rolling Stones. The Rolling Stones visited for just one night in August 2019, with the show grossing more than $13 million.

Bet on All Games at Empower Field with Roger.com

You can wager on all games played at Empower Field at Mile High via Roger.com. Bet with one of our recommended online bookmakers only to get the best possible odds and service. 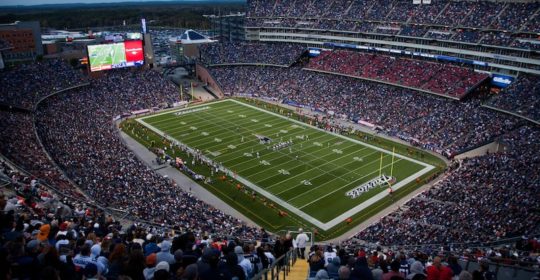 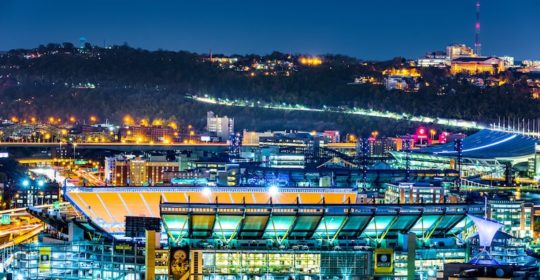 Heinz Field is the famous home of one of the NFL’s most recognisable teams, the Pittsburgh Steelers. Local college team the Pittsburgh Panthers also play their home games here with both drawing big crowds. As you probably guessed, the stadium is named after the HJ Heinz Company, 57 varieties and all that, who purchased naming…