The Meadows Racetrack is a racing track for standardbred horses in North Strabane Township, Pennsylvania. It is approximately 25 miles away from Pittsburgh. Gaming and Leisure Properties owns the facility and it is under the operation of Penn National Gaming. The original track was opened in 1963, with the new track opening for use in 2009.

Ticket Prices at The Meadows Racetrack

The Meadows Racetrack is five-eighths of a mile and is oval in shape. As the usual types of harness races are a mile in length, there is a backstretch on which the races begin. The original surface was Tartan track, a synthetic material.

However, issues that developed led to it becoming a stone dust track. There is racing taking place at the Meadows Racetrack all during the year. The calendar often has as many as 200 race meetings.

It was in 2004 that legislation in the state successfully allowed the Meadows Racetrack to get a gambling license to have slot machines on its premises. The permanent casino opened in 2009 and it contains over 3,300 slot machines, as well as a food court, steakhouse and idyllic views of the racing.

There are also table games, such as blackjack and roulette. It was in October 2019 that the facility got approved for a sports betting license. It now has a live online sportsbook that has been operating since November 2019.

The ground was broken for the first horse racing track in Pennsylvania in November 1962. It opened in June the following year, under the operation of the Washington Trotting Association. The track changed hands in 1973 by a group of investors that included the famed trainer Delvin Miller.

It was in 1983 that the Meadows Racetrack began embracing some emerging technology in the racing space. Telephone betting became available for people in the region. There was also now a telecast for all of the races each day that was broadcast through local television partners. This proved to be a great marketing tool for the track.

It was in 1988 that the English-based company Ladbrokes bought the facility. The track name was changed and Ladbrokes opened up a number of betting parlours off-track. In the subsequent years, Ladbrokes leased out the track to a number of different bodies. It was in 2006 that the track was bought by Cannery Casino Resorts, with the operation of the track being leased to Magna Entertainment Corp.

It was in May 2014 that the track was sold to Gaming and Leisure Properties for $465 million. After a dispute about the financial performance of the company, the deal finally closed in September 2016. Penn National Gaming became the operator for the Meadows Racetrack in October 2018.

Some of the other notable races include:

Over the years, the Meadows Racetrack has played host to a lot of other notable races, such as the Messenger Stakes.

If you are looking to place some bets on the racing at the Meadows Racetrack, you have plenty of different options. With so many race meetings taking place at the track every year, there are regular opportunities available to you.

At Roger.com, all of the leading online racing betting sites have been reviewed for you. This takes a lot of the hard work researching the various options out of your hands. Simply check out the objective reviews and choose an operator that fits your needs. You will then be placing bets within a matter of minutes after signing up.

Chester Racecourse is also called the Roodee. It’s the oldest racecourse in the world that still has horse races! The first recorded races at the venue date all of the way back to the early days of the 16th century. The official date for the first racing is 1539. Another claim to fame is that… 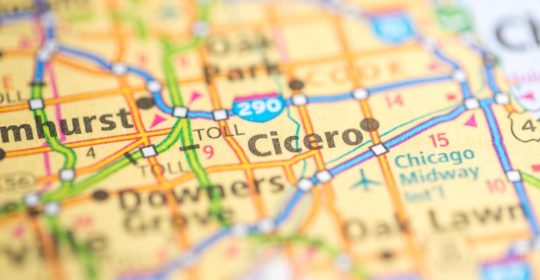 Hawthorne Race Course sits in the town of Cicero, Illinois. The track is less than 10 miles from downtown Chicago which is why it is so well supported, along with the other tracks in the area Arlington Park and Fairmount Park. Racing has been taking place on this very site since way back in 1891…