The Volkswagen Arena is found in Wolfsburg, Germany and it was first opened in 2002 and is named after the famed auto group. It is the home stadium for VfL Wolfsburg and it has 22,000 seats and standing room for 8,000 fans.

History of the Volkswagen Arena

VfL won promotion to the top flight of Germany football in 1998, which saw the Volkswagen group decide to put more effort into the club. As the former stadium of the team was not up to par with the standards of the Bundesliga, it was decided to build a new stadium for the team.

It was in 2001 that the construction process for this new ground began and was originally called the ‘Arena an der Berliner Brucker’. The total cost of the project was about €53 million, with Wolfsburg AG being the developer. The company is half-owned by the Volkswagen Group and the other half is owned by the city. The final work was completed in December 2002, rounding off 19 months of development.

After its opening, there was a much higher average attendance at the VfL Wolfsburg games. The first match was against VfB Stuttgart. An international game was held in the stadium in 2003, with Germany taking on Canada in a friendly fixture. There have also been a number of music concerts held at the Volkswagen Arena over the years.

The layout of the Arena

VfL was the first club in the Bundesliga to have lit its stadium using LEDs when installing a new system in 2017. The pitch itself is made up of hybrid grass, with the natural grass re-enforced using synthetic fibres to help to be more durable. Volkswagen Arena was the first stadium in the top tier with a 5G surface, doing so in the opening day of the 2019/2020 season.

VfL Wolfsburg was started in 1945 and it contains a number of different sports, including football, athletics, handball and badminton. The team has played in the Bundesliga for a number of years, having won it for the first time ever in 2008/2009.

It also won the DFB-Pokal in and the DFL-Supercup in 2015. The team has been playing its home games at the VfL Wolfsburg since 2002.

VfL Wolfsburg has improved massively in recent years and has been competitive in the top tier of football. This means that there is plenty of betting interest which is reflected by the leading football betting sites.

You can access many betting markets for games at the Volkswagen Arena. The best options have been reviewed for you by the experts at Roger.com, doing the hard work for you. Once you select a given site, you can then get started with your betting in a matter of minutes. 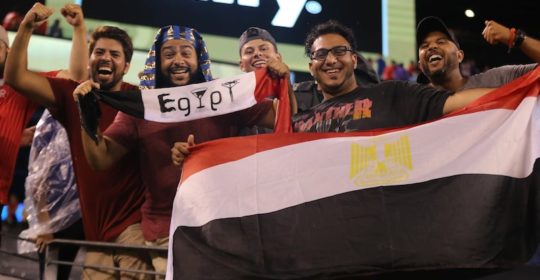 The Egyptian Premier League is the leading flight of football in Egypt. It attracts the best players in the country to battle it out for the ultimate honours come the end of the season. The games are some of the most attended in the Middle East and Africa. This guide looks at all of the…